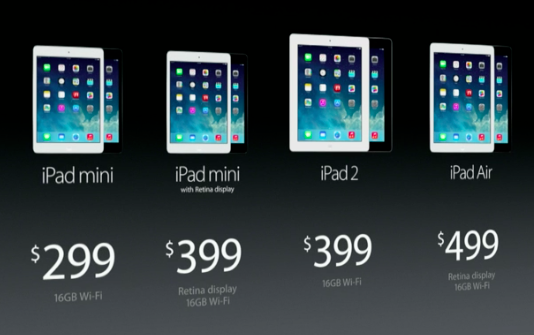 During our iPad event roundtable on this week’s Let’s Talk Jailbreak, we noted how surprised we were to see that Apple is going to continue selling the iPad 2. Why does the company insist on keeping the two year-old tablet around?

The answer, according to marketing research firm Consumer Intelligence Research Partners, is because the device is still selling extremely well. Their data shows that the second-gen iPad made up 22% of Apple’s tablet sales this quarter…

Here are CIRP’s numbers from the quarter (via MacRumors): 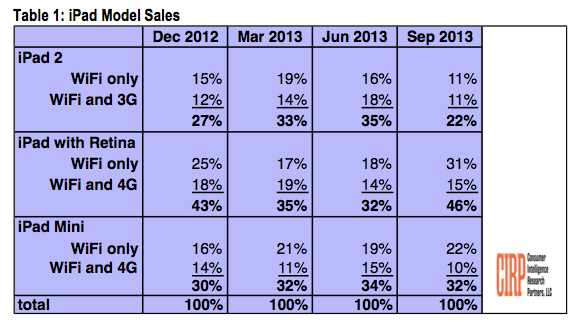 The figures are pretty interesting. Ignoring for a moment that iPad 2 sales were down considerably this quarter, look at the past 9 months. The tablet outsold the Retina iPad during the June quarter, and the mini during both March and June.

CIRP’s Josh Lowitz says the tablet is starting to show its age though:

“Despite this quarter including back-to-school sales, the iPad 2, which accounted for a third of sales for the prior six months, seems to have started to show some age, after several strong quarters,” said Josh Lowitz, Partner and Co-Founder of CIRP. “Yet, the iPad Mini continued its relative share in the past few quarters, as customers seem to continue to like it as a low-price tablet alternative.”

It’s hard for me, as a gadget addict and early-adopter, to imagine so many folks are willing to spend $400 (16GB iPad 2 is $399) on two-year old technology—keep in mind the iPad 2 doesn’t have Retina or a Lightning port. But clearly they are.

Perhaps the bigger story in all of this though is Apple’s growing tablet family. You have the iPad mini, which starts at $299, the upcoming iPad mini with Retina display at $399, the full-sized iPad 2 at $399, and the iPad Air will start at $499.