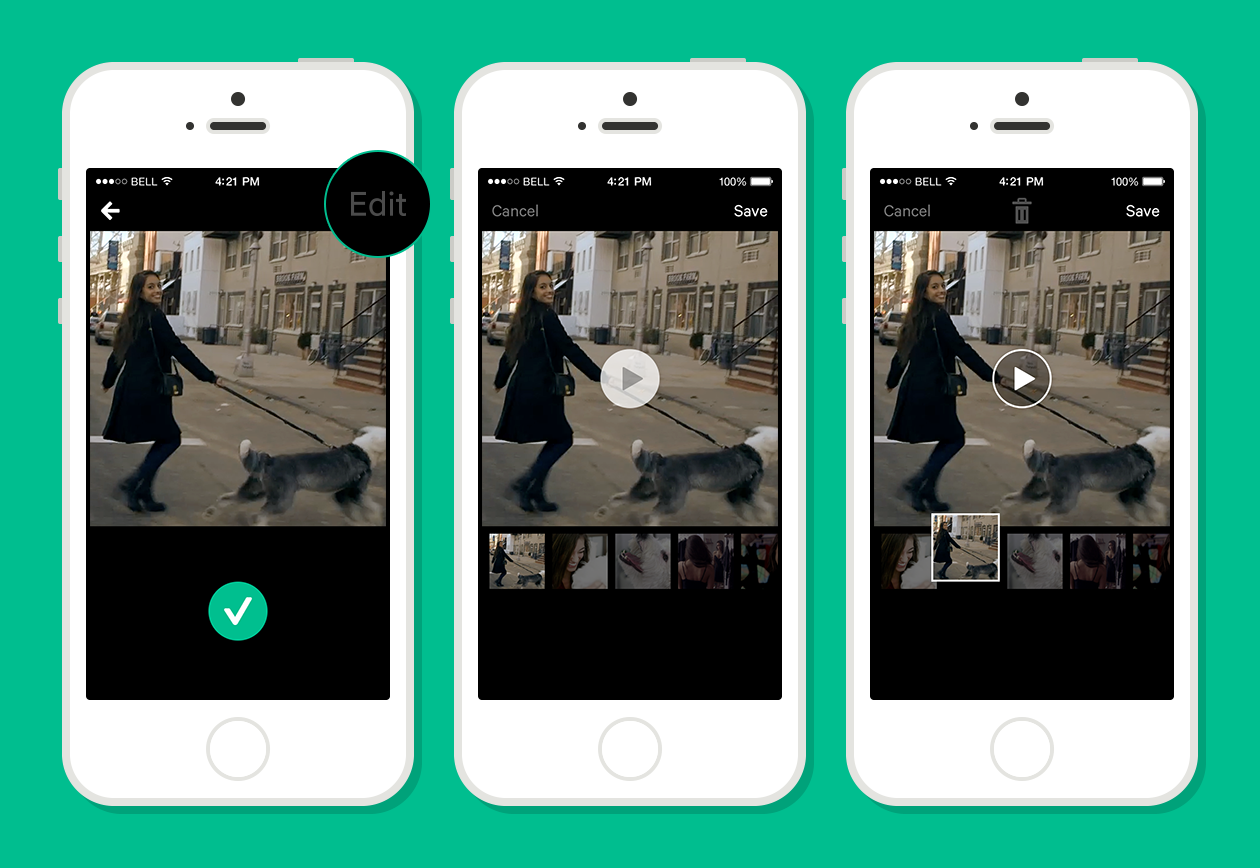 It’s been about 10 months since Twitter launched its video-sharing platform experiment known as Vine, and it’s still going strong. The app recently crossed the 40 million user mark, and it’s currently in the top 20 free apps in the App Store.

And today, it gets even better. Vine posted an update for its iOS client this morning, bringing about two huge new features: Time Travel and Sessions. The former is essentially a time-shift editing tool, and the latter is the ability to save drafts…

– We’ve made some incredibly powerful additions to the Vine camera.
– Sessions — Save any post and come back to it later by tapping the new icon in the bottom right corner of your camera. You can maintain up to 10 open sessions at any time.
– Time Travel — Remove, reorganize, or replace any shot at any time. Just tap the green bar while you’re shooting or “Edit” while you’re previewing.

While both new features are powerful, I think most will agree that Sessions is the most useful. With it, you can finally save posts for later, meaning you no longer have to worry about losing that awesome clip you just shot of your puppy dancing.

I have to admit, I’ve become something of a Vine addict over the past few months. I don’t post much myself, but I follow various entertaining people on there and check in frequently to see what new videos have been added. Kudos Twitter.

Anyway, if you’re interested, you can grab the latest version of Vine for iPhone in the App Store for free.