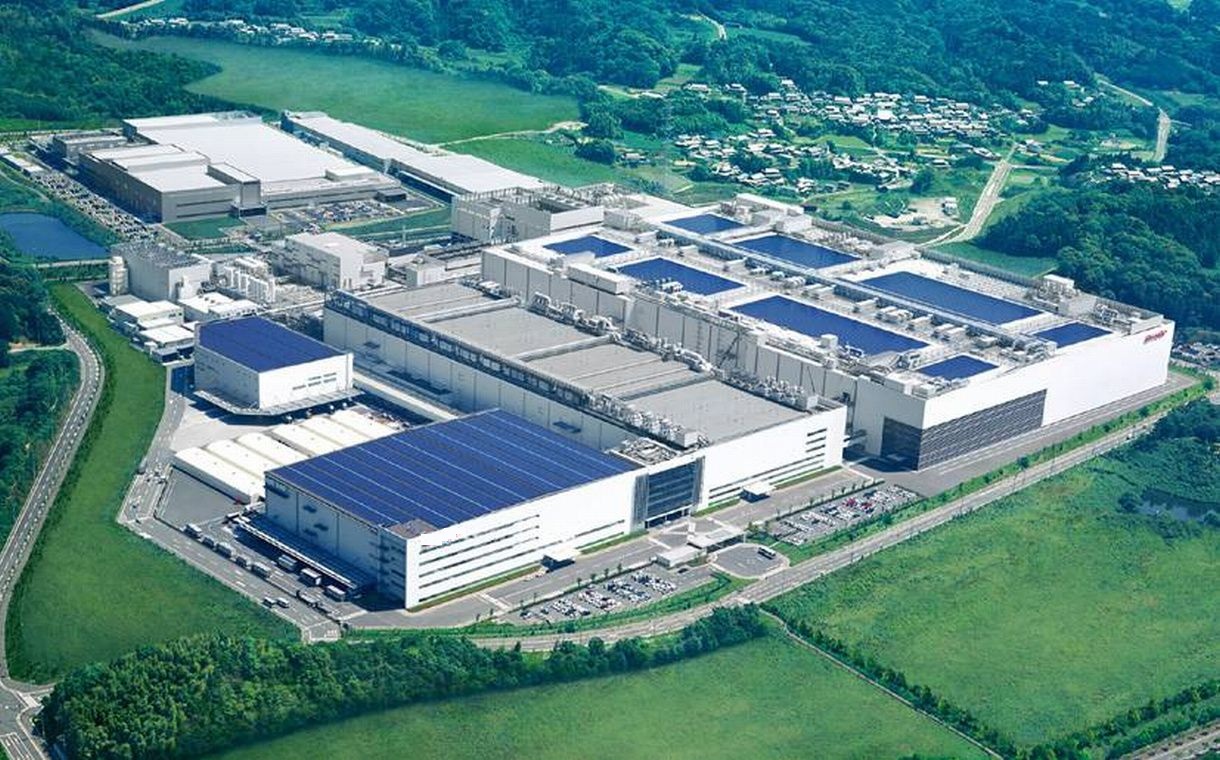 Unfortunately, Apple’s been unable to offer an IGZO iPhone because the struggling Japanese giant had been facing tremendous technical hurdles preventing mass production of these sophisticated panels.

According to the latest supply chain chatter, Sharp has now successfully commercialized production of IGZO panels for smartphones and will begin manufacturing them at its Kameyama Plant Number 2 before the end of 2013…

The somewhat reliable DigiTimes reported this past Friday that the Kameyama Plant Number 2 will use 8G glass substrate technology for the smartphone-sized IGZO panels.

This is the same plant where Sharp’s been building large LCD TV panels.

Using 8G glass substrates, Sharp will be the first company in the world to achieve commercial production of high-definition LCD panels for smartphones, the company said.

The highly efficient production levels achievable with 8G glass substrates will be made possible by an optimized production process as well as by IGZO technology’s ability to enable smaller thin-film transistors and increased light transmittance.

It was designed to replace the standard amorphous silicon material used for the active layer in thin-film transistors.

An IGZO iPhone 6 would be a very big deal.

Firstly, Sharp’s panel draws only one-tenth of energy required to power the traditional LCD display. Secondly, other benefits of IGZO tech include ultra high-resolutions and unmatched clarity – up to four times that of conventional full-HD or 1080p LCDs.

And lastly, IGZO claims a high performance touch response the iPhones are famous for and only uses extra power when the user touches the screen. In the meantime, Apple may want to update its website graphics saying “only the iPhone has Retina display”. 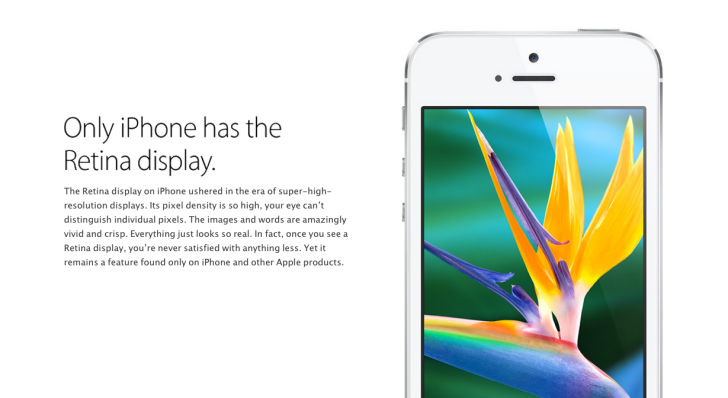 There’s nothing factually wrong with the statement unless you consider ‘Retina’ in Apple’s marketing parlance really is just a measure of pixel density (326ppi on the iPhone). The problem is, full HD 1080p (1,920-by-1,080 pixel resolution) smartphone screens are now pretty much the norm on high-end Android devices.

Apple supplier LG Display’s been making 440ppi phone screens since May 2012 and HTC introduced the world to the first five-inch 1080p phone a year ago. Apple’s four-inch Retina display on the iPhone 5/5s/5c maxes out at 640-by-1,136 pixels.

It all pales in comparison to China, where folks are slowly but surely moving to 2K screens for phones.

Just recently, for example, Chinese manufacturer Vivo teased the future by releasing the Vivo Xplay3S smartphone whose screen of unknown dimensions boasts a 2K resolution of 1,440-by-2,560 pixels – more than the iPad’s Retina display and matching the resolution of my 27-inch Apple Thunderbolt Display. 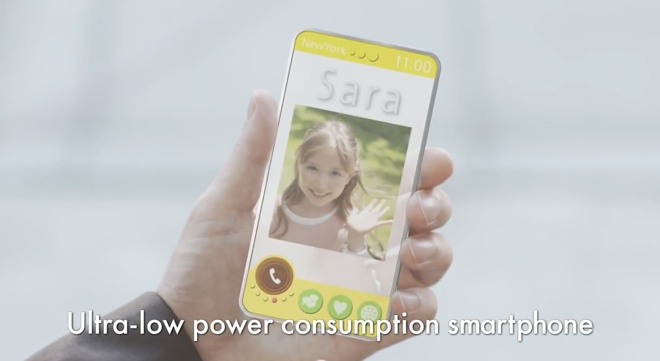 As for the state of IGZO, Sharp formally announced the technology in March 2012.

Since then, the firm has built a Japan-only seven-inch IGZO tablet called the Aquos Pad SHT 21 and a 32-inch IGZO monitor boasting a 4K resolution of 3,840-by-2,160 pixels.

Interestingly, Korea’s IT News reported in July that Apple was shifting to IGZO displays for 2014 iPhones next year in order to “lessen mobile devices’ energy consumption”.

The story claimed Apple had tasked Sharp with producing the panels, while LG Display had been upgrading its AMOLED and LCD production lines to ones capable of rolling out IGZO panels.