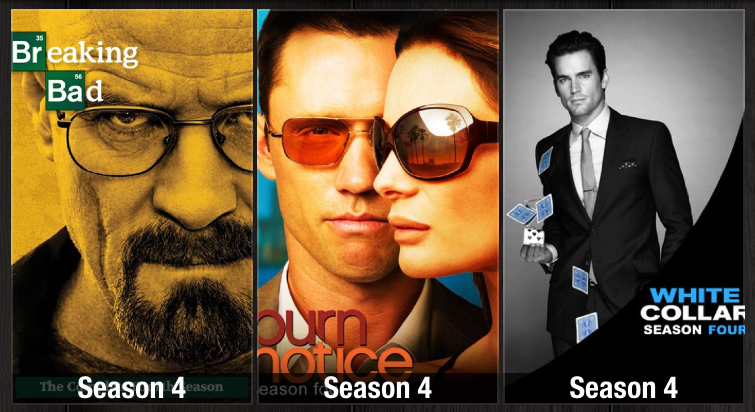 One of my favorite iOS media players, Infuse by jailbreak developer FireCore who brought you the aTV Flash Black for Apple’s $99 “hobby” box, has just received a nice little update bringing the software to version 1.5.

Today’s update has brought out two new noteworthy enhancements: gesture-based controls and TV show groups which basically cleans up your library by grouping all TV shows together by season.

FireCore also confirmed that a major Infuse 2.0 update is “coming this Fall”. I’ve included additional tidbits concerning both Infuse 1.5 and 2.0 right after the break so give it a quick read…

As depicted on the screenshot top of post, TV show grouping by season is tremendously helpful if you keep lots of TV shows on your device. Each season gets its own poster on the home screen and when tapped reveals a ticket with a new episode selection bar.

You’ll also love swipe gesture controls for getting around videos more easily (below). Just swipe once to seek forward or back 30 seconds. You can also employ multiple swipes to quickly seek a few minutes or more into a video. 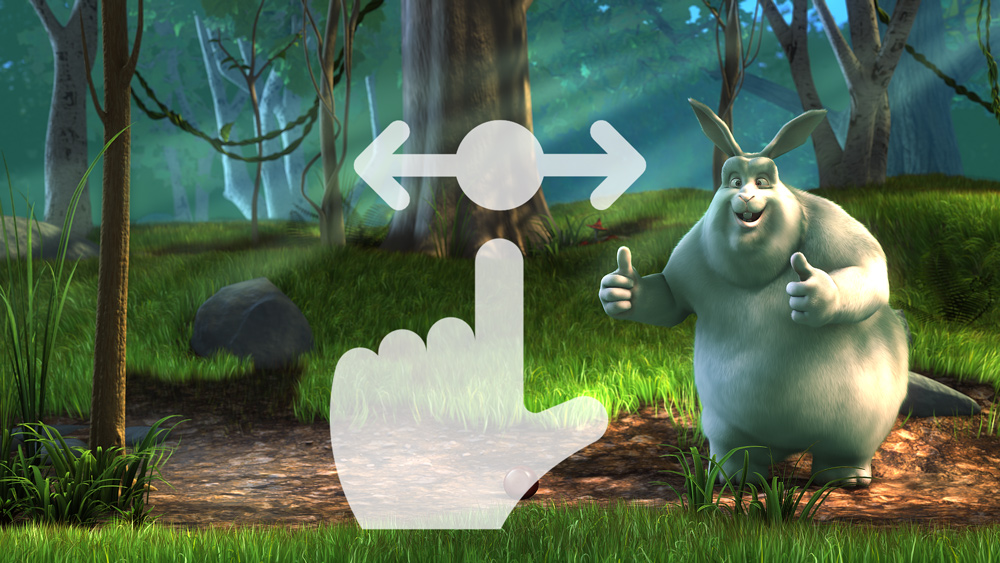 A new dedicated 30 second rewind button on the playback bar is nice as well.

Other nice-to-haves thrown in include a subtitles toggle switch (enable/disable subtitles), saved playback settings for each video and the inevitable performance improvements and fixes.

The universal app supports the iPhone and iPad natively, is optimized for the iPhone 5’s taller screen and requires iOS 5.0 or later. The update, of course is available free of charge to existing users.

The team says Infuse 2 is being redesigned from the ground up to be sleeker, faster and easier to use. It goes without saying that Infuse 2 comes with a fresh new iOS 7 inspired look.

In Infuse 2 every pixel has been redrawn, and every bit of code freshened up to ensure it works seamlessly with iOS 7. In essence, Infuse 2 is an entirely new app.

In terms of features, Infuse 2 will finally bring ability to browse and play videos stored on other devices such as a Mac, PC or NAS. The app, coming this Fall, will work on any iOS device capable of running iOS 7 or later. 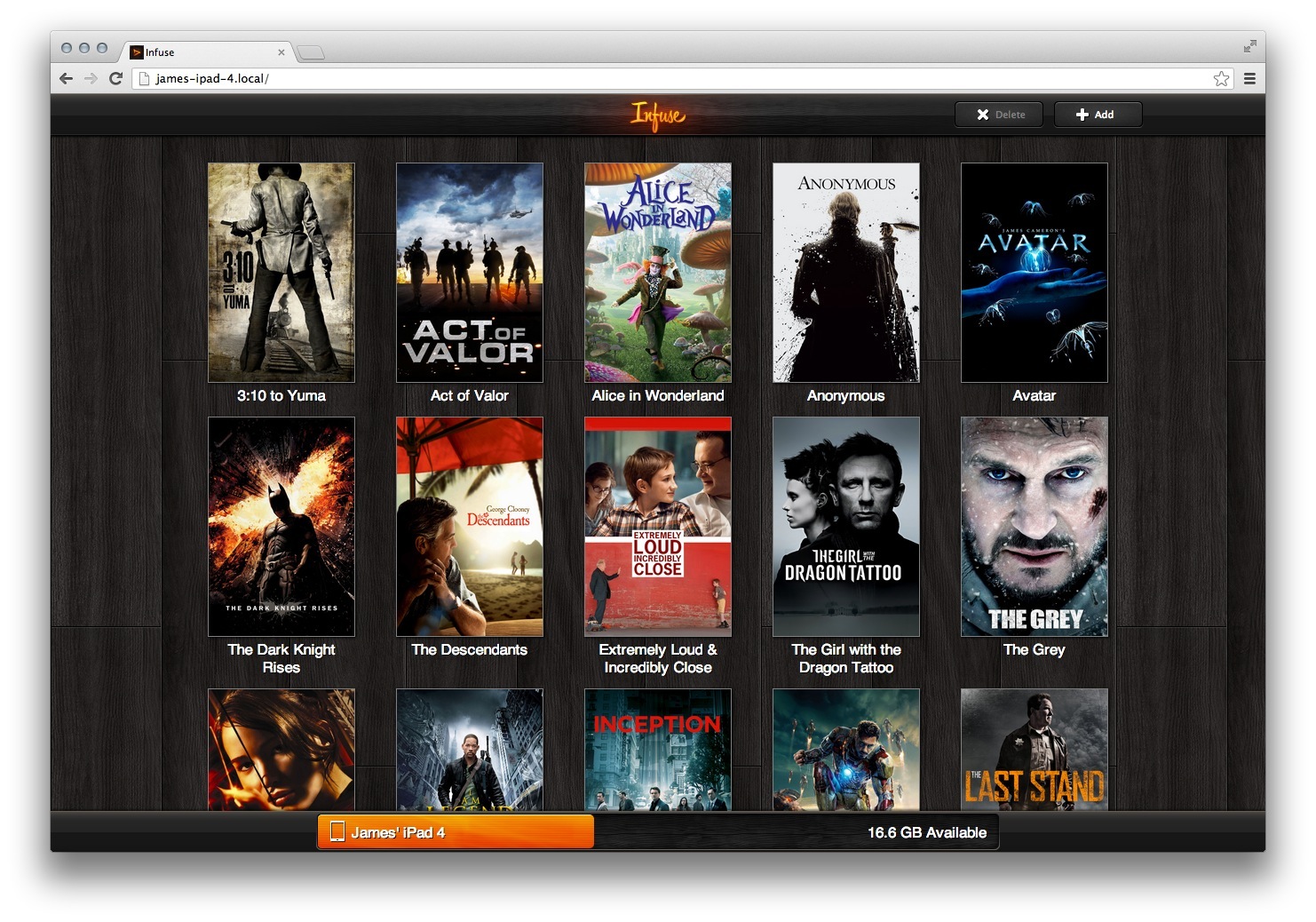 Infuse lets you upload media files to an iOS device via a desktop browser.

Most importantly, everyone who purchased Infuse will be able to unlock all of the aforementioned pro Infuse 2 features free of charge. In order to take advantage of the free in-app purchase option that will appear in Infuse 2, existing users must update their Infuse copy to version 1.5 and open it before the release of version 2. 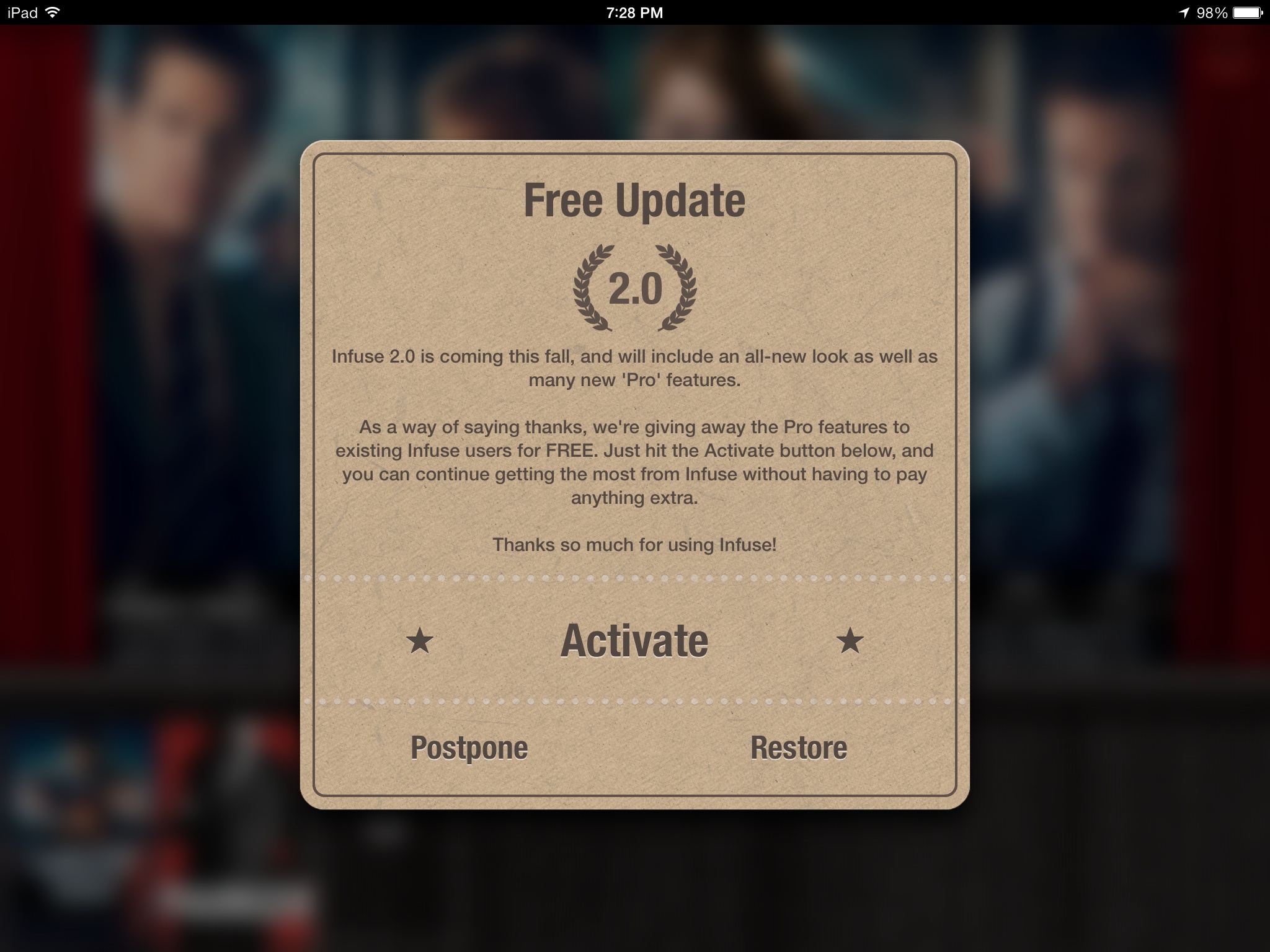 Infuse supports more than a dozen non-iOS media formats, lets you browse and download your videos on other computers using FTP or built-in web browser, can automatically download subtitles and is one of the rare applications that can stream both video and subtitles via AirPlay to your big screen TV.

To learn more, read my initial Infuse review, check out the follow-up Infuse 1.3 article or visit the official Infuse website.

You can download Infuse for $4.99 from the App Store.