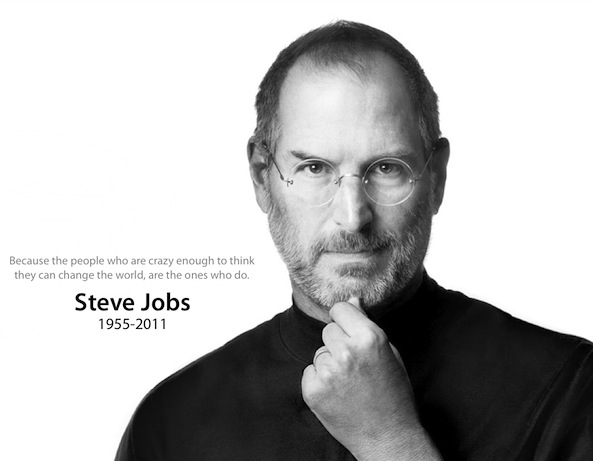 Tomorrow marks the two-year anniversary of Steve Jobs’ passing. The occasion is sure to stir up a lot of feelings for a lot of people, as he meant so much to so many.

With that in mind, Tim Cook sent out a brief internal letter to Apple employees today, reflecting on Steve and what he meant to him, the company, and the world…

9to5Mac has posted the internal email:

“Team-Tomorrow marks the second anniversary of Steve’s death. I hope everyone will reflect on what he meant to all of us and to the world. Steve was an amazing human being and left the world a better place.

I think of him often and find enormous strength in memories of his friendship, vision and leadership. He left behind a company that only he could have built and his spirit will forever be the foundation of Apple. We will continue to honor his memory by dedicating ourselves to the work he loved so much. There is no higher tribute to his memory. I know that he would be proud of all of you.

And of course we had to post the tribute video:

Apple posted the above video on its website last year as a tribute to Steve Jobs and his legacy. It’s less than 2 minutes long and worth watching, even for non-Apple fans.