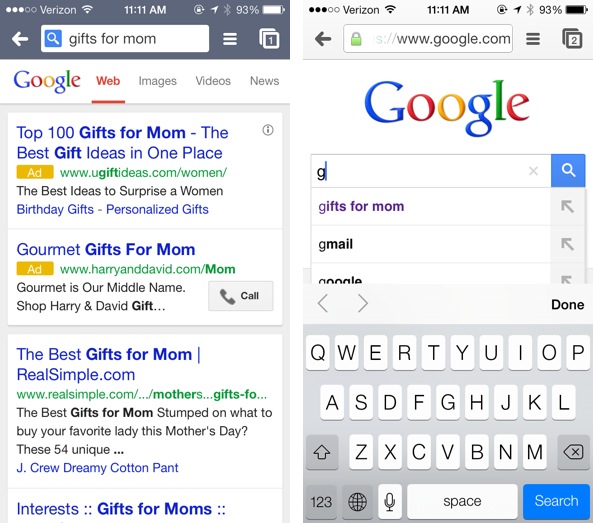 For all of you folks buying gifts in secret for your loved ones, beware; Chrome’s incognito mode has a flaw that allows users to recover searches performed in private. A new video has surfaced showcasing the flaw in action, and iDB has independently verified, that indeed, Incognito mode on the iOS version of Chrome ain’t so incognito.

Incognito mode has never been exactly fail proof on iOS, but this is still a pretty embarrassing gaffe for Google.

The flaw was originally discovered by British security firm Parallax, who authored the YouTube video demonstrating the flaw above.

The good news in all of this, if you can call it that, is that the likelihood of someone going to Google’s website and searching, instead of using the built in Omnibox, is fairly minimal. Still, you have to be careful out there, else your gift giving ideas get exposed.

[Parallax via The Verge]