Apple has released a Supplemental Update to OS X 10.8.5. The release fixes an issue with the FaceTime HD camera on late-model MacBook Airs, a bug that caused external drives to be ejected, and other problems.

Additionally, Apple has also seeded a new version of iTunes this afternoon, bringing the app to version 11.1.1. The update doesn’t offer up any new features, but it does bring about bug fixes and stability improvements…

Specifically, it looks like iTunes 11.1.1 fixes a few well-known issues: one that may cause iTunes Extras to display incorrectly, and one that caused deleted podcasts to reappear. Here are the release notes both updates: 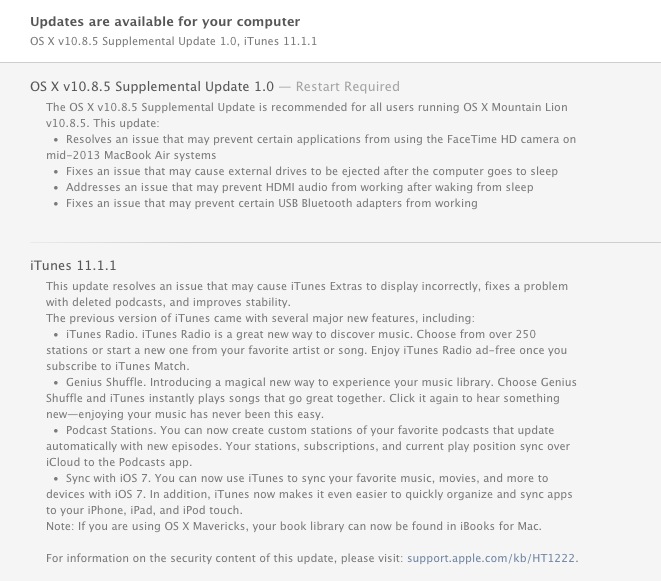 As always, the OS X update can be accessed via the Mac App Store, in the Updates pane, and the new version of iTunes can be found by visiting the iTunes tab in the status bar and selecting ‘Check for Updates.’