Last summer, Verizon put an end to grandfathered unlimited data plans by forcing customers to move to one of their new Share Everything plans when they upgraded their smartphone at the subsidized price.

But within the last few days, several VZW customers have reported that they were able to upgrade to one of the new iPhone models either online or at a third-party retailer without losing their unlimited data…

We were contacted about this by a reader (thanks Troy!), who said he was able to upgrade to the iPhone 5s without losing his unlimited plan. And it looks like 9to5Mac and Engadget are hearing the same thing. 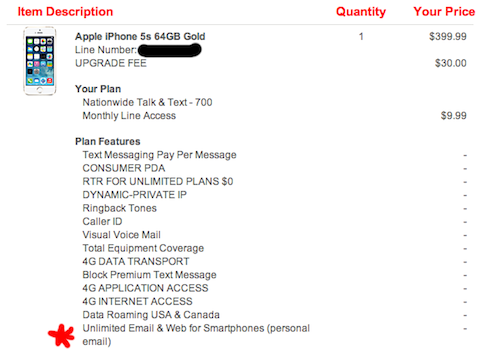 But before you get too excited, there are a few caveats worth mentioning. For one, we have yet to find anyone with an unlimited data plan on Verizon, so we can’t explain how to do it or if it even works.

And two, if this is some sort of glitch and not an actual change in policy, we imagine it will get fixed sooner than later. We’d bet money on this whole thing getting resolved by tomorrow morning, if not sooner.

But most importantly, if you do manage to upgrade with your unlimited data, it’s possible that you could get forced over to a new plan either when you activate your new phone or the next time your bill cycles.

Plan changes don’t typically take effect when ordering equipment, they happen on equipment activation or after the end of a bill cycle in order to avoid pro-rated charges. So we’re putting a huge asterisk by this.

But hey, if you’re bold enough to give it try, be sure to let us know how it goes in the comments below!