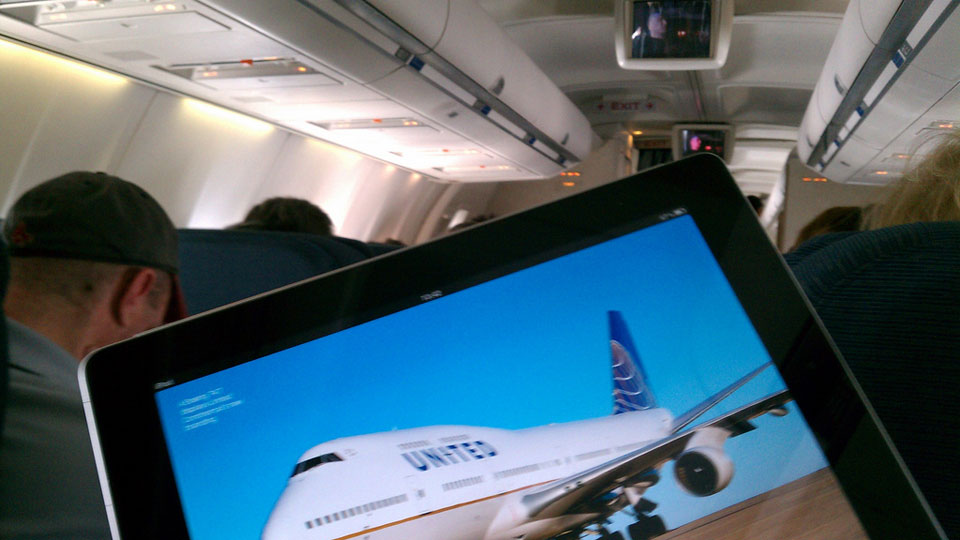 Good news frequent flyers, you may soon not have to worry about turning off your iPhone or iPad in airplanes anymore. The FAA advisory committee has recommended that electronic device restrictions on commercial aircraft be relaxed.

The special council, which was assigned to explore the effects of in-flight device usage, has met with the Federal Aviation Administration and is urging it to allow passengers to to use tablets and other electronics during takeoff and landing…

“The Federal Aviation Administration will begin considering a recommendation next week that it ease restrictions on airline passengers’ use of smartphones, tablets, e-readers and other personal electronic devices during takeoffs and landings.

A 28-member advisory committee agreed on the recommendation during a closed-door meeting Thursday, industry officials familiar with the deliberations said. The recommendation will be included in a report to be delivered to the FAA on Monday, they said.”

Of course, devices would still have to be put into ‘Airplane Mode’—meaning their wireless antennas must be turned off. But the change would at least allow users to play games, watch movies and perform other tasks during takeoff/landing.

Currently, all electronic devices are required to be turned off when planes are flying under 10,000 feet. The measure is meant to prevent interference with on-board instrumentation and equipment during so-called ‘critical phases of flight.’

According to the report, the advisory committee will issue an official report to the FAA next week. And while there’s still a lot of variables in play, commercial passengers could start seeing relaxed restrictions as early as the end of this year.