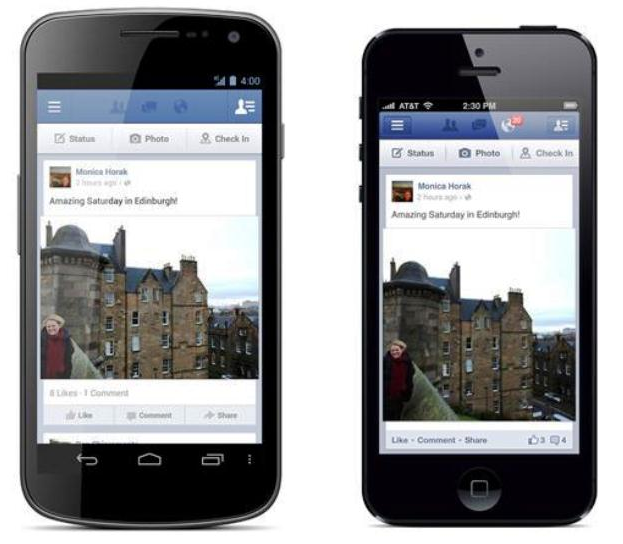 The social networking giant Facebook has updated its web interface and the Android app today with a tremendously useful, long-overdue new feature: the ability to edit a status update after it has been posted. It’s coming real soon to the iOS edition of the mobile Facebook app, the company has confirmed. Editable status updates function just like an edit history feature for comments, meaning your audience will get to browse revisions to each and every status update.

This is God-sent for folks who post statuses in two or more languages on a daily basis, like myself. Deleting and re-posting a status update (and losing all the cherished likes, shares and comments in the process) just because of a typo (especially on mobile) quickly gets old.

This feature is launching on the web (see below) and via a Facebook Android app update later this afternoon and is coming to iOS real soon.

According to TechCrunch, people should be able to edit all posts and comments from the web, Android or iOS. The ability to to edit comments was added to the web interface in June of last year.

Editing the status update after it’s been posted will be as easy as tapping the down arrow in the top right and selecting ‘Edit Post’ to change the text.

Your revisions and original post will still be viewable if friends check your post’s edit history, though. For comments, hovering over or tapping a post will reveal a pencil icon on the right you can click to start editing.

If you’re on Facebook, I’m guessing you’ll find the change tremendously useful, especially after a nasty status update following a late-night chat session with your ex.

I’m also guessing editable comments will come to Facebook-owned Instagram at some point. Google’s own social thing, Google+, has had post editing for a while and it’d certainly be nice to see editing come to Twitter.

The universal Facebook app is free on the App Store.

Speaking of social, iDB has a Facebook page so fan us if you haven’t already.