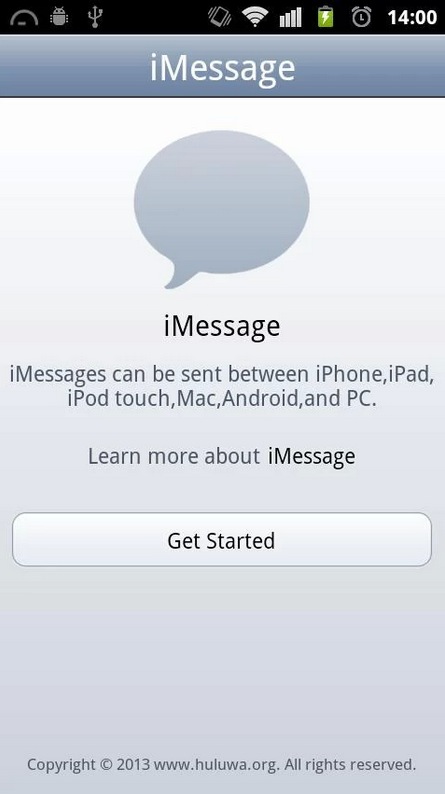 Just a word of caution before anyone decides to dive head first into this. You need to use this app at your own risk. Several prominent developers within the community have expressed concern about the potential security issues revolving around the APK used here.

Now that the warnings are out of the way, let me show you how iMessage works on Android. This new app, entitled iMessage Chat, brings real cross platform iMessage chat ability to Android. Yes, it works. I’ve confirmed it on video.

As you can see, the cross platform aspect of the app works. I was able to successfully communicate between my iPod touch and my Nexus 4 using iMessage Chat. Yes, it seems a bit suspicious, and we don’t exactly know what’s going on behind the scenes here, but I can confirm that, at least in principal, it does work.

According to prominent jailbreak developer Adam Bell, the app hack works by spoofing iMessage requests as a Mac mini:

Until the app is decompiled and/or verified by a reputable developer, we say proceed with extreme caution. You can find the Google Play page for iMessage chat.

Saurik has chimed in with his thoughts on the app:

A 3rd-party iMessage app was just released on Android; I believe all data sent from/to Apple is resent to/from China for processing: beware.