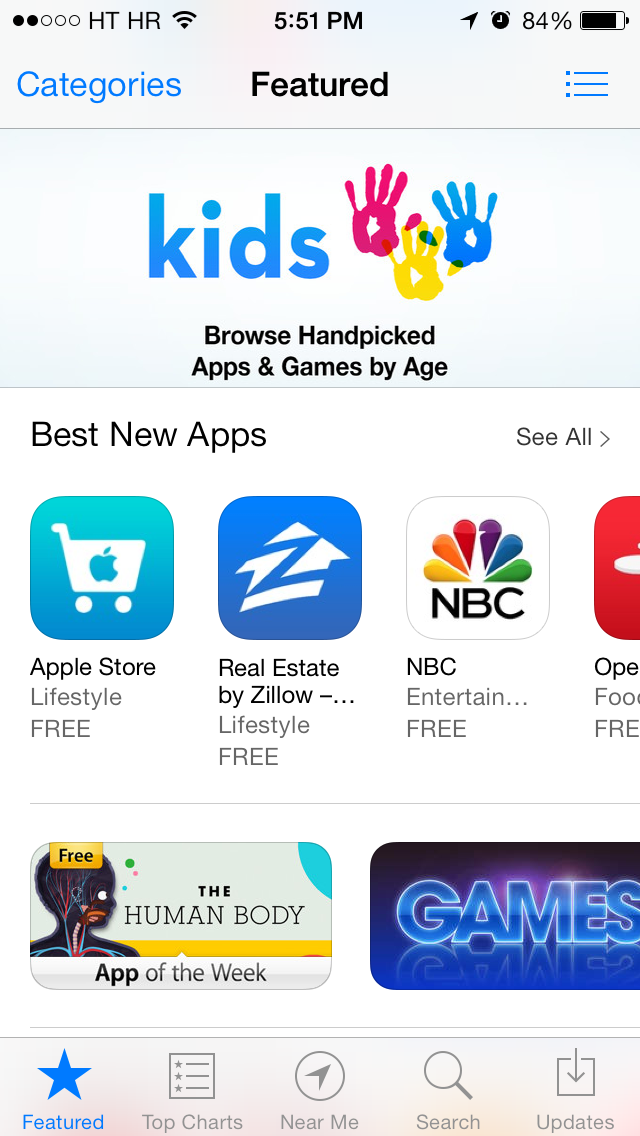 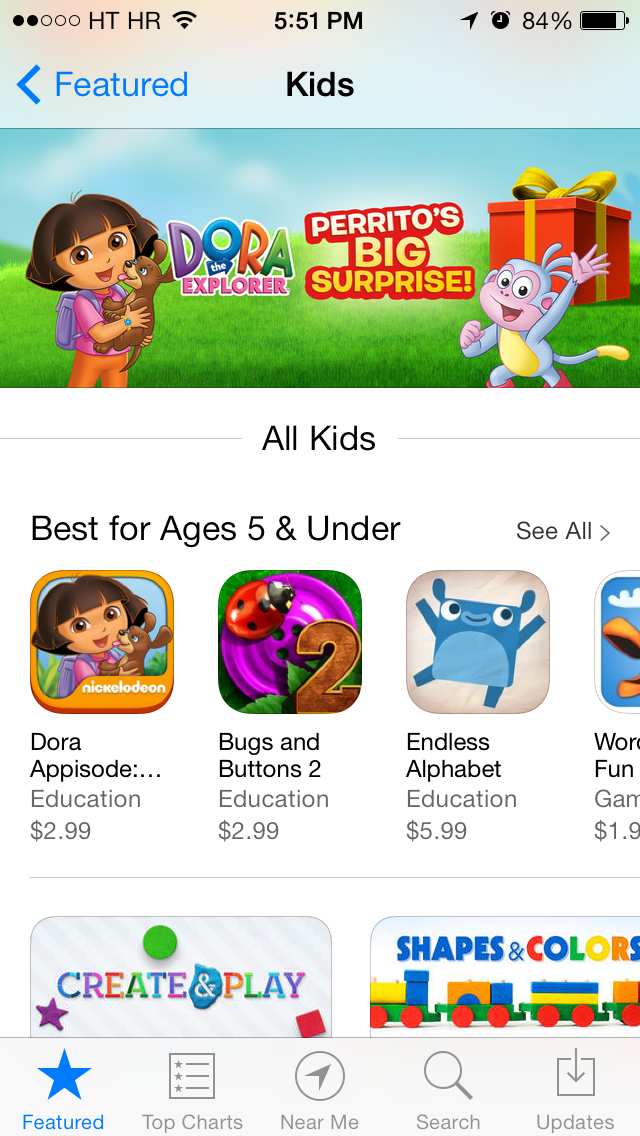 Following a storm of criticism by disgruntled parents and after being forced to refund tens of thousands of dollars in individual cases of kids inadverntendly ratcheting up their parents’ iTunes bill with in-app purchases (here’s how to turn these off), Apple finally caved in.

Thursday morning, the company has unveiled a new ‘Kids’ category on the App Store. Designed to give parents a piece of mind, the new sections hosts a selection of carefully curated apps for children. Apps are sorted thematically in sub-sections such as ‘Create & Play’ and ‘Shapes & Colors’ and shortcuts to apps that are ‘Best for Ages 5 & Under’, ‘Best for Ages 6-8’ and ‘Best for Ages 9-11’…

The section is available via this link through the App Store storefront on iOS devices or using desktop iTunes on Mac and Windows PCs (Apple yesterday updated iTunes with support for iOS 7 syncing).

According to developers we contacted earlier this month, Apple started requesting additional artwork for promotional materials for the Kids category in the summer, and there is, indeed, a rich selection of games and apps already available in the category today.

Apple last month gave more details about the then upcoming ‘Kids’ section ahead of iOS launch.

According to the updated guidelines that govern kids apps, developers must comply with applicable children’s privacy statutes in order to collect children’s personal information. 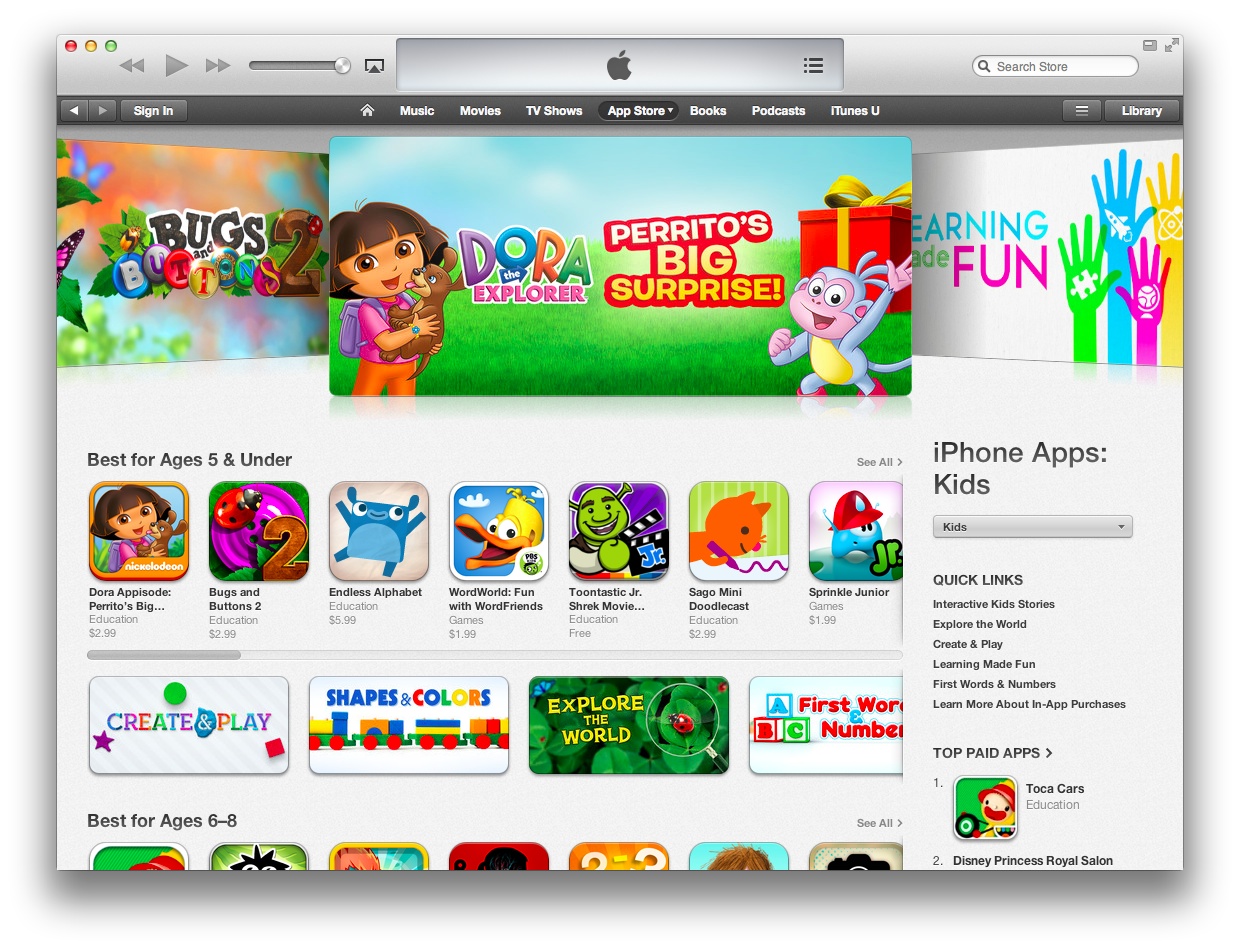 Also, apps for children under 13 must include a privacy policy and must ask for parental permission before engaging in commerce. They also can’t use behavioral advertising, or ads based on in-app activity.

As an interesting side-note, apps “must include some useful functionality or entertainment value regardless of the user’s age,” said Apple.

The Kids section was first announced during the WWDC keynote in June 2012.

Just yesterday, Apple added another new section to the App Store to highlight a growing selection of third-party apps which had been specifically updated with iOS 7 appearance and technologies in mind.