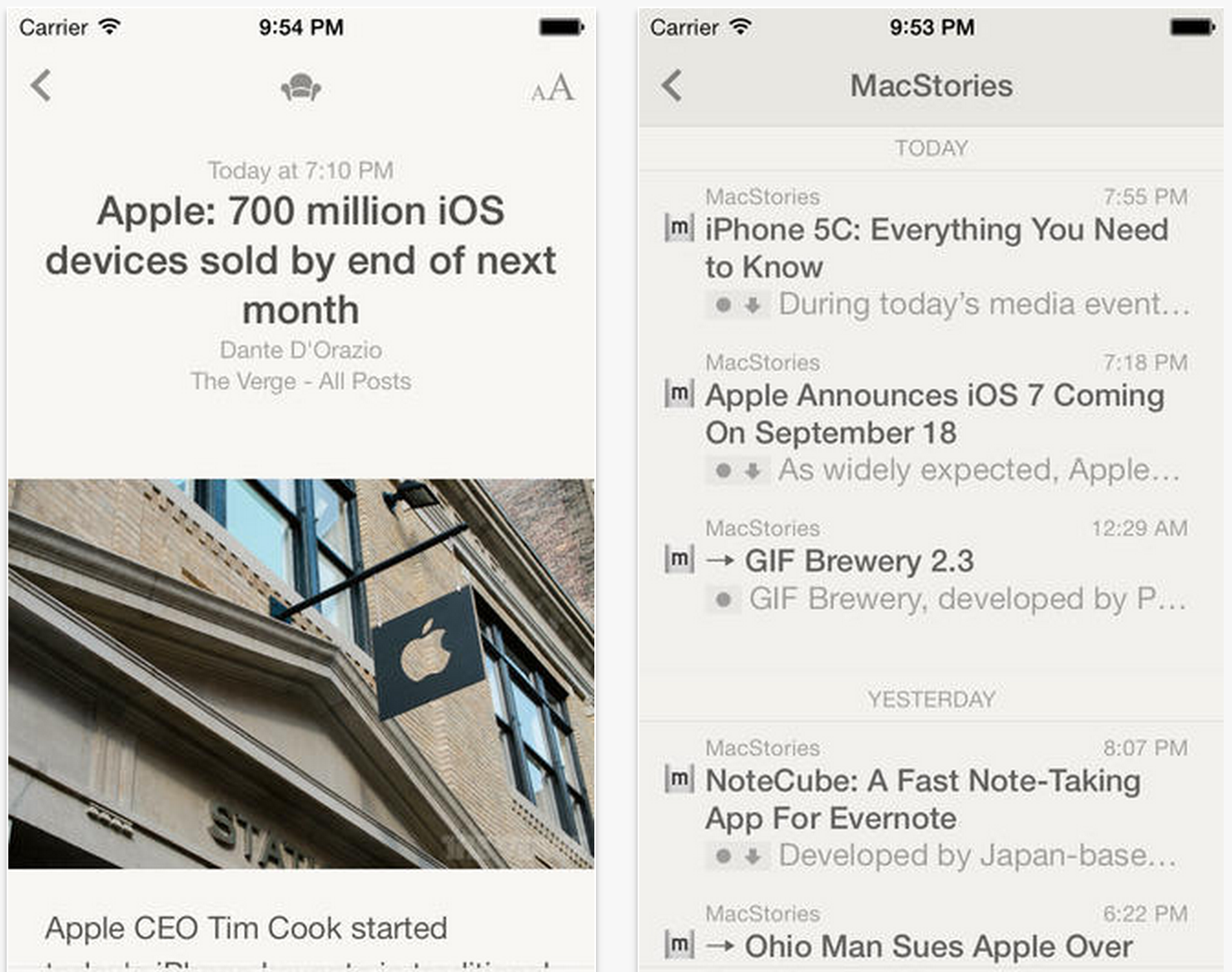 It’s been a rough couple of months for Reeder, the app largely believed to be the most popular RSS client on iOS. With the shutdown of Google Reader this summer, developer Silvio Rizzi was forced to add support for other RSS services like Feedly and Feedbin.

But for whatever reason, Rizzi was only able to update the iPhone version of the app with third-party RSS support, leaving tablet users out in the cold. So Reeder for iPad essentially died alongside Google Reader. But don’t worry, it’s been brought back to life…

Reeder 2 is out in the App Store this morning—in fact, it looks like it’s been out for a few days, but flew under the radar due to all of the iPhone festivities. The new app is universal, meaning it works on both the iPhone and iPad, and features a few nice changes. 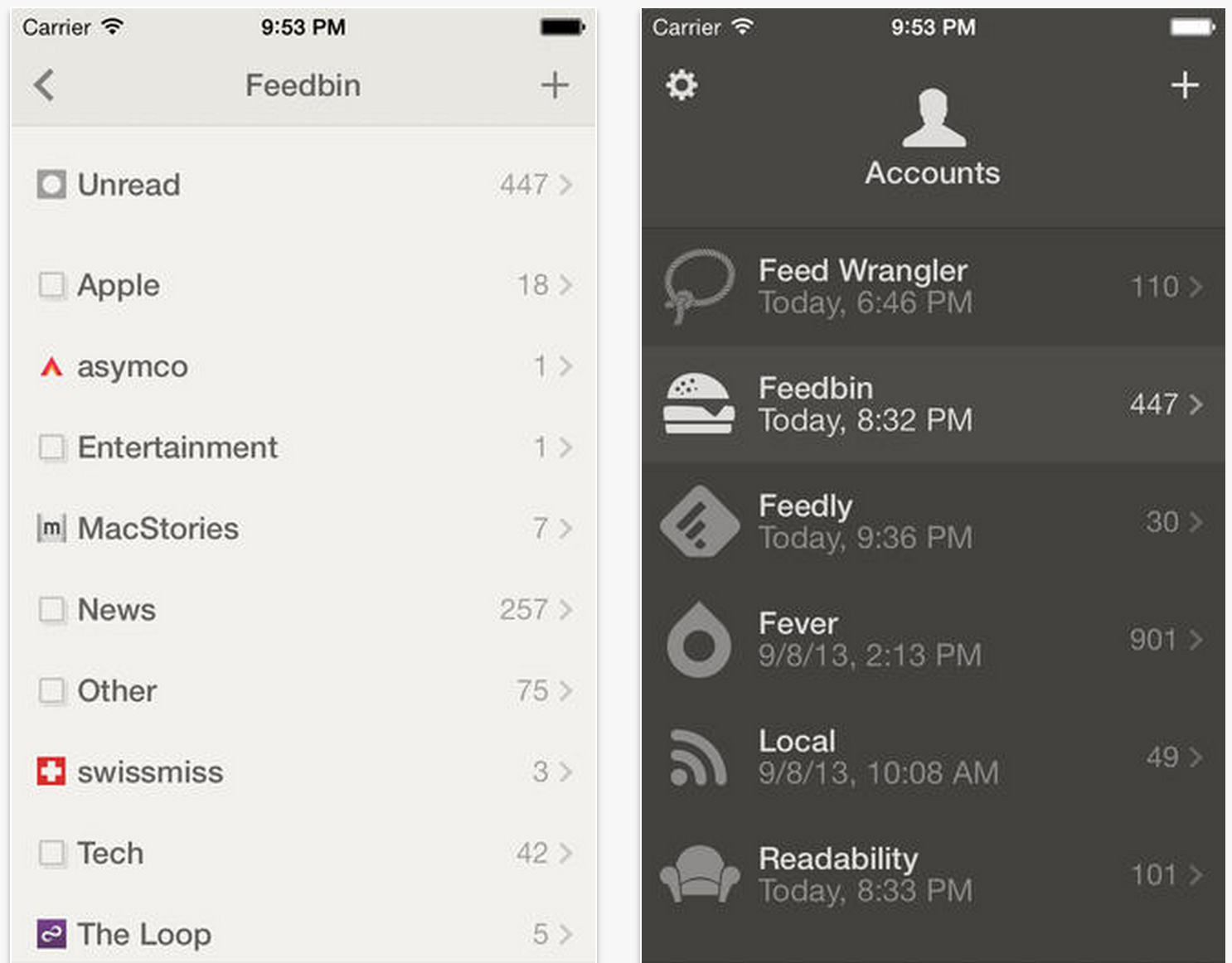 First and foremost, Reeder 2 brings the client back to life for iPad users, who can now add in their accounts from Feedbin, Feedly, Feed Wrangler, and more. Users will also notice that the UI has received a fresh coat of paint, and links can now be opened in Chrome.

And that’s about it. I haven’t had much time to play with the app yet, but for the most part it seems very similar to the original Reeder. If you really want to know what the differences between the two are, though, MacStories [as usual] has a very detailed review.

I’ve all but dropped RSS in favor of Twitter in recent months. But for those still using it, Reeder continues to be the client to beat. If you’d like to check it out, you can find Reeder 2 in the App Store for $4.99. Unfortunately, it is not a free upgrade for current users.