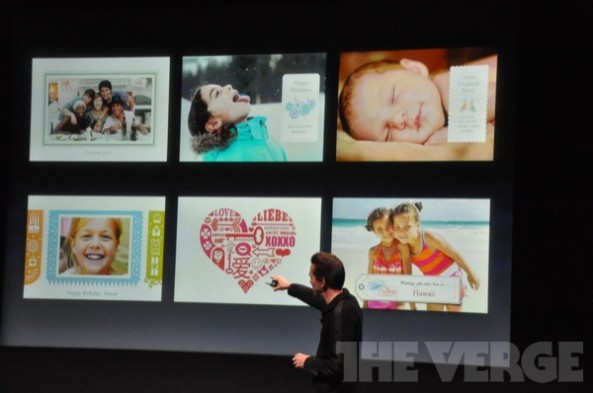 Remember Apple’s Cards app? Scott Forstall himself introduced the card-creation software for the iPhone and iPad during the October 2011 media event and it’s gone to become quite popular in a select few countries where users were permitted to create beautiful cards from their photos and order them physically, priced at $2.99 each. Perhaps in another nod at de-Forstallization of Apple, the company has confirmed that the application has been discontinued now…

According to this Apple support document, as of September 10, 2013, the Cards iOS app is no longer available:

Cards ordered before 1 PM Pacific time on September 10, 2013, will be delivered, and push notifications will continue to work.

You can view your previous purchases by tapping Saved Cards in the app.

Apple also reminds us that we can still use iPhoto for Mac to order physical letterpress cards customized with our photos and text.

“Cards ordered through iPhoto are shipped through a carrier such as FedEx rather than through the United States Post Office,” Apple adds.

I’m going to miss it terribly.

Bummed about the death of Cards. Only used it a few times, but it was a good service.

It’s had a lasting impact on what I though was possible on a mobile device. The software inspired with its 21 gorgeous Apple-designed  templates offered across six categories, including ‘Thank You,’ ‘Holiday,’ ‘Baby,’ ‘Birthday,’ ‘Love’ and ‘Travel’. 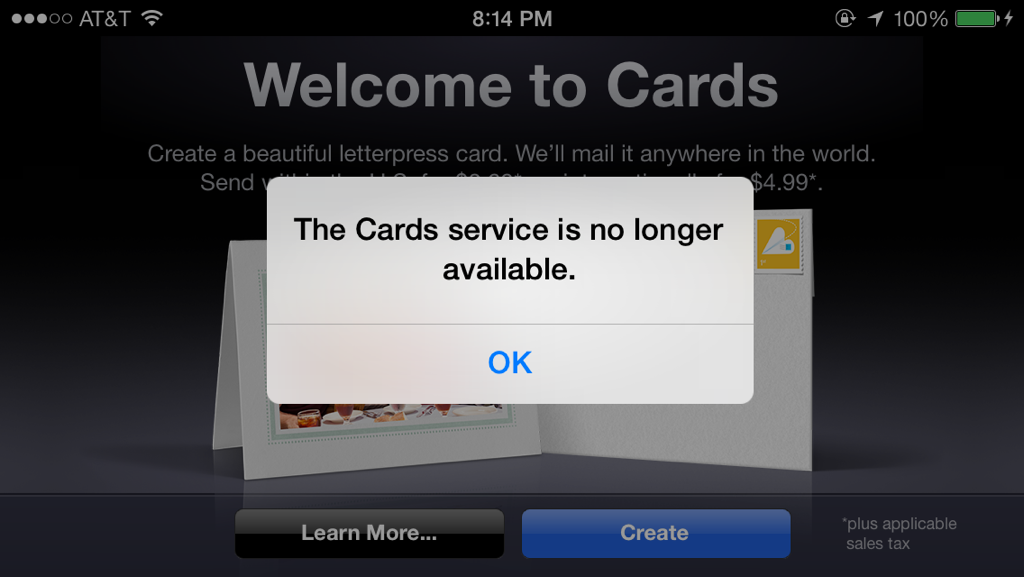 For instance, using a Travel design would automatically put the name of your current location on the card. Of course, all your photos were captioned with location information obtained from GPS data from photos.

I know we’re living in the digital age, but often times sending someone an old-fashioned physical card goes a long way toward expressing your affection to the person and letting them know just how much you care about them.

Are you sad to see the Cards app go?