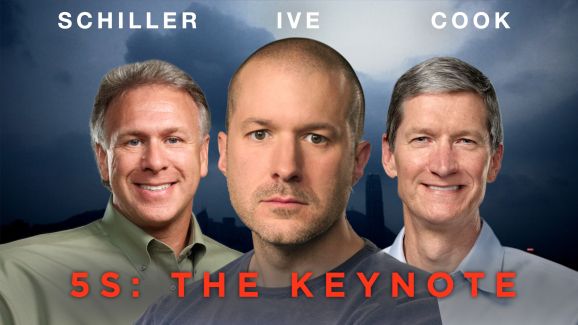 As we count the remaining minutes until Apple’s iPhone 5S/5C keynote (85 minutes left and counting), the blogosphere has spent the last 48 hours putting together some downright amusing parody videos (not mentioning a few in really bad taste).

While hardly meant to downplay Apple’s inevitable domination in headlines today, we’re not complaining – such parodies have long become part of the Apple keynote folklore. Now, some watchers may be expecting a revolution.

Realistically –  this morning is about two phones, both based on the existing iPhone 5 design: a mid-range model redesigned around a much cheaper and sturdier plastic enclosure and an S-upgrade with a faster chip, better camera and Touch ID sensor.

The following is an elaborate parody which borrows heavily from the familiar concept seen in Apple’s product video tours. It argues in a non-insulting manner that nobody can touch Apple’s level of deception.

I’ll take that one as a compliment.

Kudos to TechRadar for putting the clip together!

Finally, we have Andy Media’s take on the gold iPhone 5S commercial.

I’m not sure about the last one, but the top clip had me floored.

Don’t forget, today we should also get our first hint at what Tim Cook will have to apologize for on 9/23.

If you know of other videos (please, let them be funny), drop us a line at tips@idownloadblog.com or paste the URL down in the comments and I’ll update the article.

Did you find any of these funny?