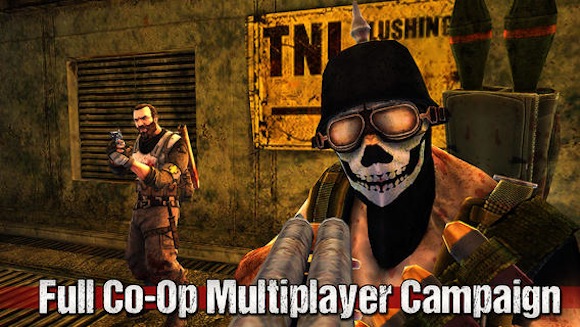 With all these brand name high profile games coming out this week, it is easy for lesser-known titles to go unnoticed. Sometimes, games that don’t have a huge following are just as good as, or even better than, popular titles.

2013: Infected Wars is an action horror shooter that puts you on the streets with the kind of creatures you might find in the Resident Evil world. Luckily, this game doesn’t leave you to fend for yourself. You can also blast away mutant monsters with your friends in co-operative multiplayer mode…

This game is set in an alternative universe in 2013, where an engineered virus called “The Scourge” (World of Warcraft reference?) was stolen by Al Qaeda and released on the world, causing millions of humans to mutate into crazed monsters. Players control a mercenary who explores the remains of the apocalypse, salvaging supplies and protecting the few remaining humans. 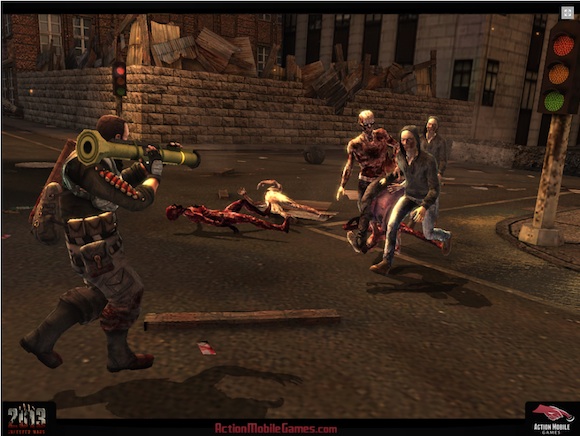 You’ll be able to play the game solo in a single-player story, or team up with a friend for a full co-op campaign. As you progress, the game becomes increasingly difficult and missions are harder to complete.

The game features Unreal Engine 3 technology to bring you console-quality graphics with creepy sounds and a full range of voice actors to help draw you into the horror. Using realistic physics, players will see victims and enemies fly with ragdoll effects that add to the overall terror.

Players use a virtual joystick and D-pad to control movement and attack.

There are four character classes to level, including Marine, Field Support, Sniper, and Sapper. Each character has its own strengths and weaknesses. Try all four to see which style of gameplay woks best for you. 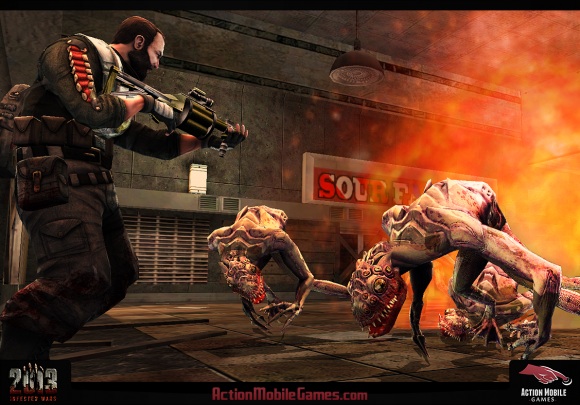 In addition to four character classes, there are 14 different weapons to use and become an expert in, including sawed-off shotguns, .50 caliber pistols, grenade launchers, assault rifles, and rocket launchers.

As missions are completed, players are drawn closer to epic boss battles with enemies that require tactics and skills to beat. You’d better have your grenade launcher ready for this battle.

2013: Infected Wars is available for the iPhone, iPad, and iPod touch for $6.99. Download it in the App Store today.