Thursday afternoon, The Wall Street Journal released a story claiming that Apple has begun testing different display sizes for future iPhone models. The outlet said that the company is experimenting with screens between 4.8 to 6-inches.

The report was The Journal’s second on the topic in as many months, leading many to believe that there really might be some truth to these plus-sized iPhone rumors. And today, analyst Ming-Chi Kuo has thrown his hat into the ring…

Kuo, who represents KGI Securities where he has built a reputation as one of the most accurate Apple analysts in the business, sent out a note to investors this morning, claiming that he is hearing similar ‘large iPhone’ chatter from his end.

AppleInsider has the note:

“In a note obtained by AppleInsider, Kuo points out that Apple will extend the iPhone 5’s in-cell touchscreen technology to next year’s handset lineup, bumping display size to 4.5 inches, or 5 inches. The analyst notes Apple is less likely to use anything larger than 5 inches due to the company’s “unwavering principle of one hand use.”

The last time Apple changed the screen size on its iPhone was last fall, when it moved to a 4-inch 1136×640 display. Prior to that, the company had gone with a 3.5-inch display for the handset’s for 5 generations, calling the size “ideal” for most.

But what that switch to 4-inches tells us, and what the upcoming iPhone 5C model tells us, is that Apple is becoming more open to the idea of expanding its smartphone line. And that’s a good thing, as it will foster more i-options for consumers. 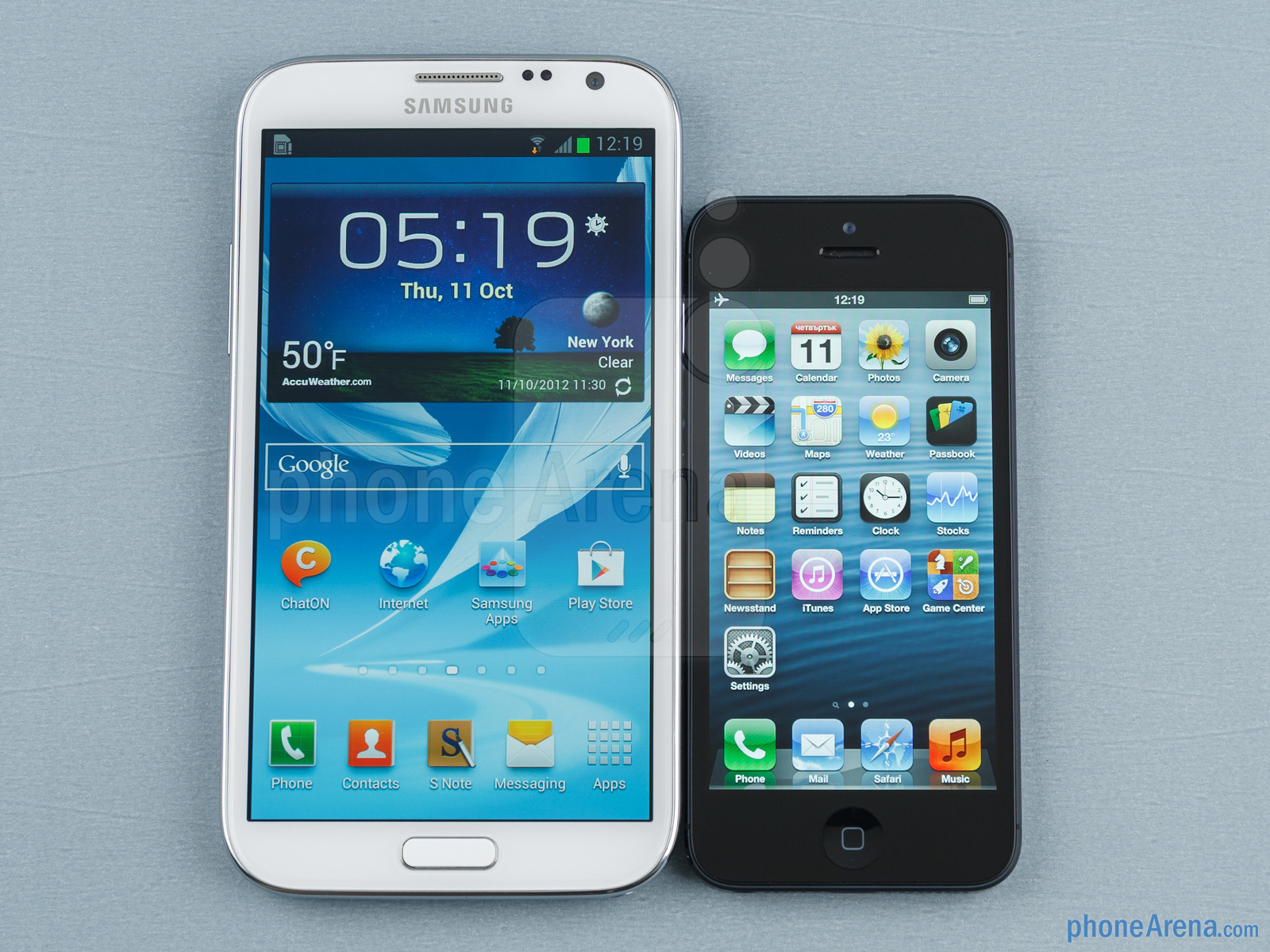 iPhone 5 next to a Samsung Galaxy Note II with 5.5-inch display (via PhoneArena)

Here’s hoping all of this speculation materializes, and we really do get a larger iPhone next year. I’m not too picky about the size, just as long as the screen is at least 4.8-inches and still usable with one hand. I’d also like to see a new hardware design.

But first things first, let’s make it through this year’s iPhone announcement. Remember, Apple is holding a media event this Tuesday where it’s expected to unveil two new handsets: the low-cost 5C, and the iPhone 5S with built-in fingerprint sensor.