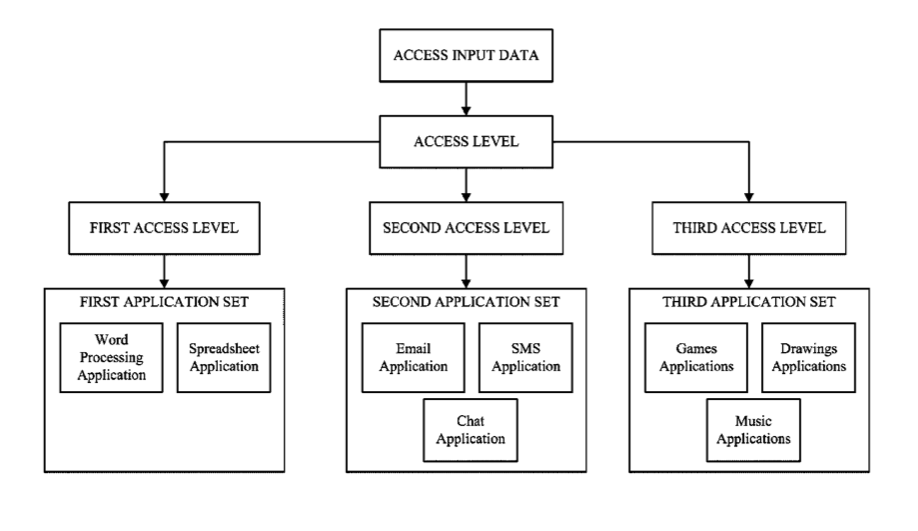 Many iOS devices, particularly the iPad, are often shared among family and friends. For example, wouldn’t it be great if you could unlock just your Games folders for the kids, but give yourself and your spouse access to more applications?

Apple may have heard your thoughts, because a new patent outlines ways to offer limited access to select sets of iOS apps, straight from the Lock screen. The technology could supplant the one-size-fits-all nature of a passcode, with proposed ‘access inputs’ featuring gestures ranging from letters, shapes and more…

Apple’s U.S. Patent No. 8,528,072 for a “Method, apparatus and system for access mode control of a device,” was published Tuesday by the U.S. Patent and Trademark Office Tuesday, giving an overview of how some iOS apps could be made available while keeping other items locked away.

Just as you can take a photo, or call 911 even when the iPhone or iPad is locked, this new system envisions expanding that, using gestures to unlock certain groups of apps.

Apple provides the example of drawing a circle, followed by an ‘A’ to gain access to email. Such stepped-access can also be granted to whole categories of apps.

Along with a gesture for your Games folder, another gesture might make your image manipulation apps available to your design team, for example.

Apple also would allow security gestures via other input, ranging from keyboard to stylus to even your voice. The iPad maker also realizes this type of security could soon feel like jumping through hoops, so any level of access could give a person the keys to the kingdom.

Apple was at one point considering acquiring the Microsoft Kinect-maker PrimeSense, but the startup debunked the rumor.