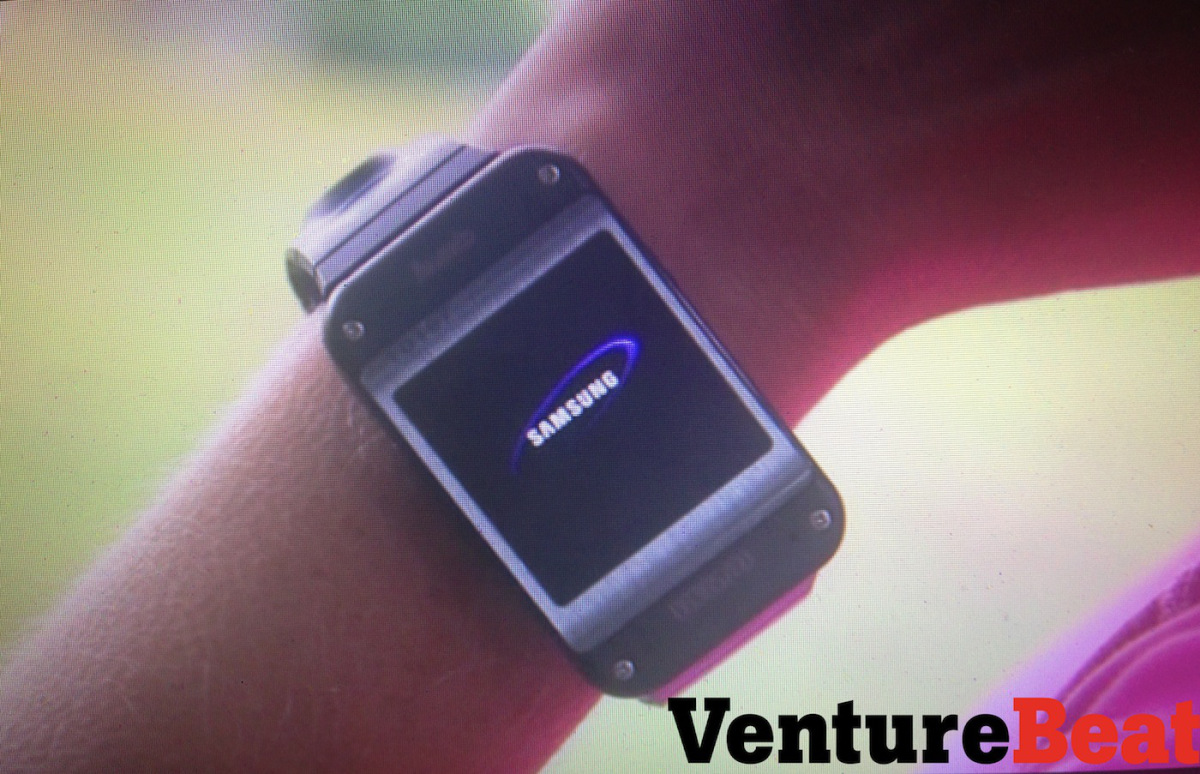 It appears that Samsung is going to beat Apple to the wearable tech space this week. The company has an ‘Unpacked’ media event scheduled for Wednesday, September 4, where it’s widely presumed to unveil a new smartwatch.

Now, this category is still fairly new, so we really don’t know what to expect to see on Wednesday. But if these images from VentureBeat are legitimate, Samsung’s Galaxy watch will feature a 3-inch display and a chunky design…

“Samsung is set to reveal its Galaxy Gear smartwatch next Wednesday, Sept. 4, in Berlin. But this weekend, we got a first look at the watch.

…this weekend, a source showed us one of the prototypes sent to developers and a few select partners. Note that Samsung is highly security conscious in protecting its designs, and occasionally sends off prototypes that don’t mirror the final design. But it won’t be far off.”

The images you see above were taken from an internal promotional marketing video for the watch, which Farr says was developed by an independent team working closely with Samsung. She wasn’t able to photograph the watch itself. 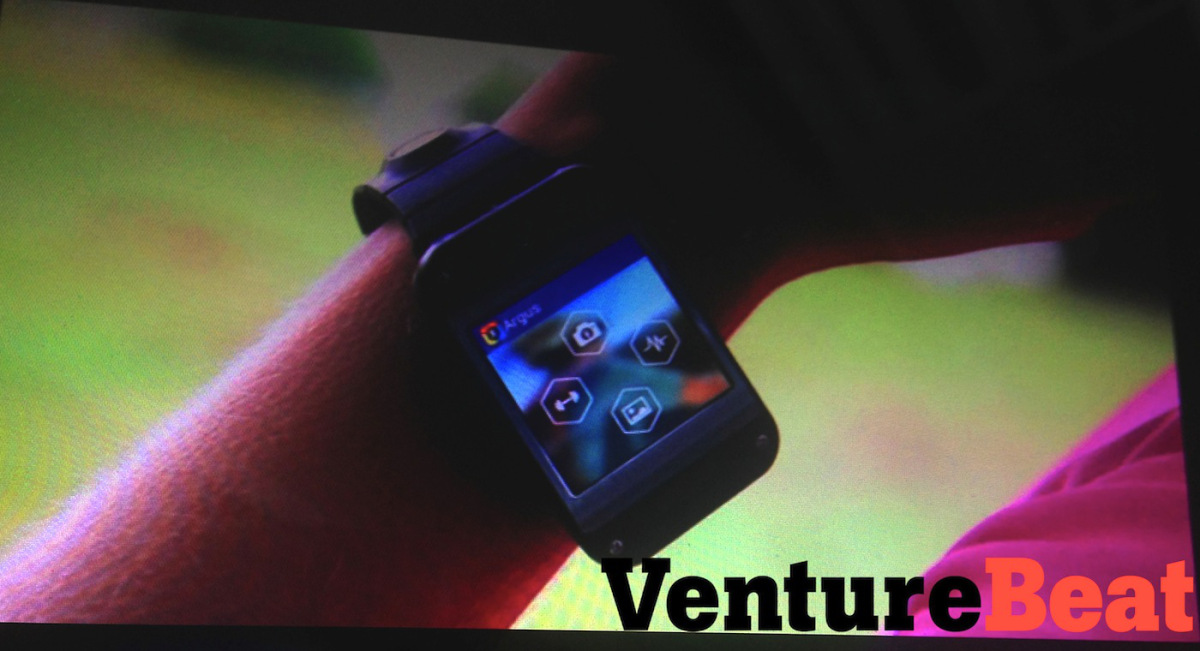 As for the device, it’s said to feature a 3-inch OLED display and both Bluetooth and Wi-Fi for connecting to other S-family gadgets and the web. It also has a 4-megapixel camera built into the strap, and tiny speakers built into the clasp.

And of course, it’ll have all kinds of software features as well: S-Voice voice commands, apps for social and health tracking, and integration with Samsung smartphones and tablets. It will also be able to initiate calls and access the web.

Time will tell if Samsung’s Galaxy Gear watch becomes a must-have. I personally think it’s way too bulky to appeal to the average consumer, and its 10 hour battery life is really disappointing. But it might appeal to fitness/gadget junkies. 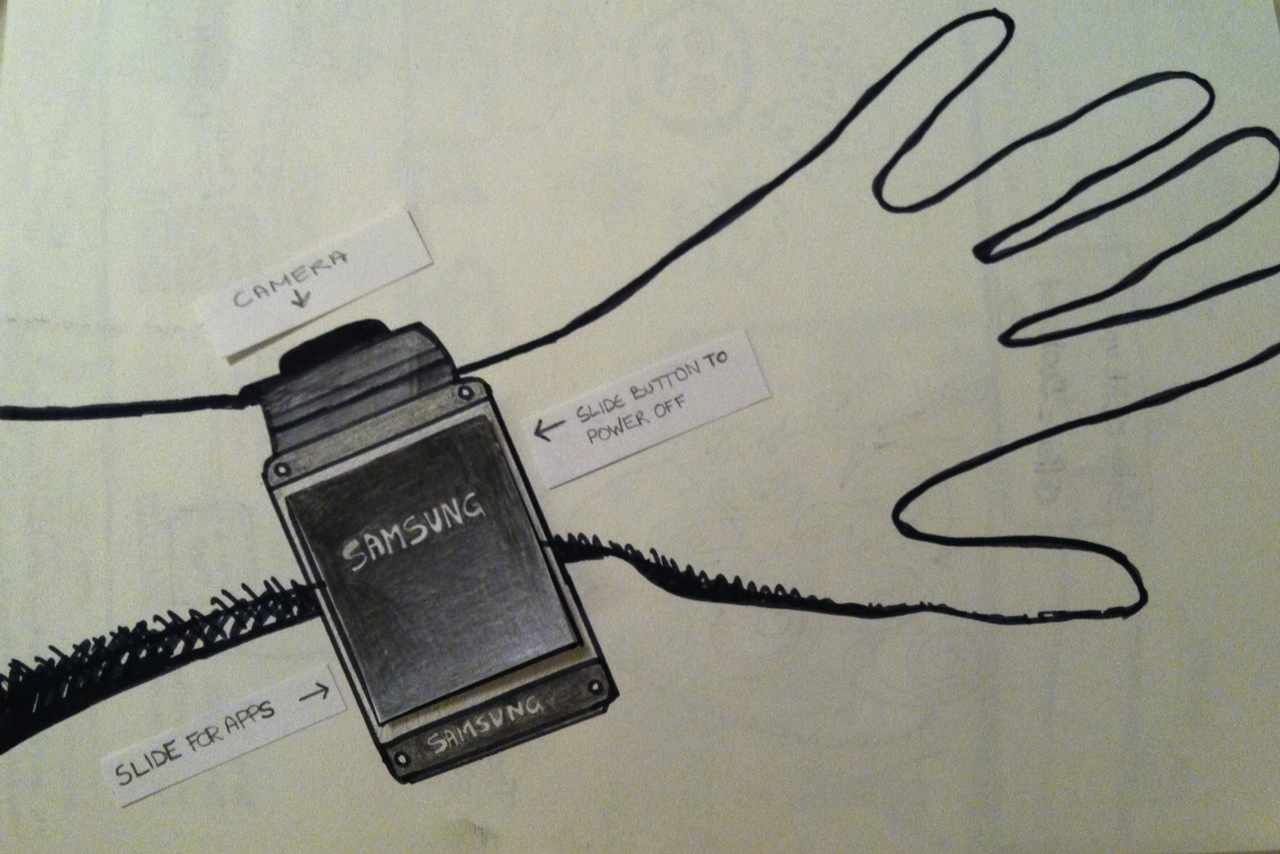 That being said, it will beat Apple’s rumored smartwatch to market by what looks like several months. That’s both good and bad, as it will give the Cupertino company plenty of time to see what it’s up against, and gauge consumer reaction.

Speaking of the iWatch, it’s also believed to be a fitness-tracking device, with a touchscreen, that will be worn around the wrist. It’ll run iOS, feature a number of biometric and other sensors, and is expected to debut sometime next year.

So, assuming this is really Samsung’s smartwatch, what do you think? Will you be buying one?