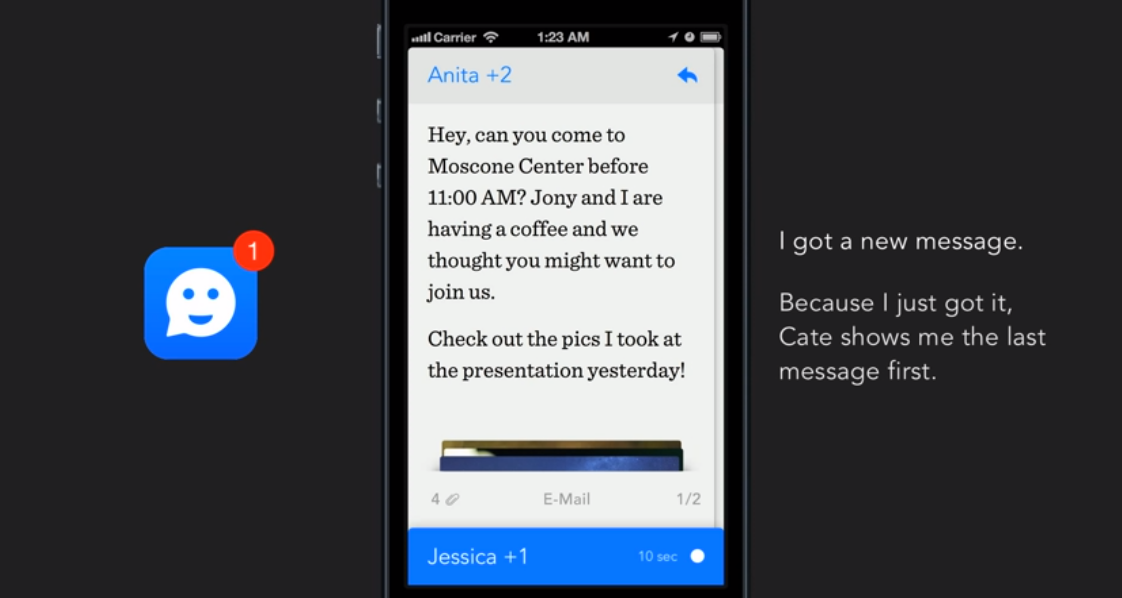 I hate email. Even with innovative apps like Mailbox, I’d rather iMessage or talk with someone on Twitter than email back and forth with them. There’s subject lines, headers, signatures, and loads of other useless text—it’s just all way too complicated.

I would be willing to reconsider my predisposition, though, if an application like this one ever makes it to market. It’s called ‘Cate,’ and in addition to being gorgeous, it promises to make communication easier with direct Gmail messaging and more…

More specifically, Cate takes services like Gmail, Twitter, Facebook Chat and App.net, and combines them into a single app and interface in an attempt to simplify communication. It doesn’t replace any of these services, but it improves how you use them.

But what really makes the app special is its ability to sort and filter your messages based on context—where you’re at, what time it is, that sort of thing. And it can even analyze contacts, keywords and content to quickly get you the info that matters most.

Check out this video of Cate in action:

Unfortunately, the app is just a concept right now. The developers have taken to crowd-funding site Indiegogo to raise money to start building it, but it’s off to a rough start. With just 18 days left to go for the project, it’s only at $131 of its $140,000 goal.

If by some chance Cate hits its goal, or receives funding from another outlet, the app will land on both iOS and Android. The developers say there is also web and native desktop apps in the works, which will allow you to manage your various messages.

There’s no telling if all of this adds up to a useful app, but I’d sure like to find out someday. What do you think of the Cate concept?