Apple’s Bug Report is among more than a dozen services that were disrupted during a ten-day Dev Center outage earlier this month. The web-based tool, also known under the ‘Radar’ moniker, gives Apple’s registered iOS and OS X developers the official venue to file all sorts of bug reports.

The improved version of Bug Reporter went live after this year’s WWDC, but soon got pulled because- oh, the irony – it was riddled with bugs. The old, pre-WWDC Bug Report had long been a running joke.

Seriously, it was so bad that a few hundred developers signed a ‘Fix Radar or GTFO’ petition demanding that Apple squash pesky bugs and rethink the tool with a more intuitive approach. The redesigned version has now gone live for all developers with an Apple Developer Account, featuring improved searching, attachments and other improvements…

I was able to spot additional changes, such as more intuitive organization of open and closed bug reports and additional options for forms. Unfortunately, it doesn’t appear to let developers view other developers’ bug reports.

Here is what the redesigned main screen looks like. 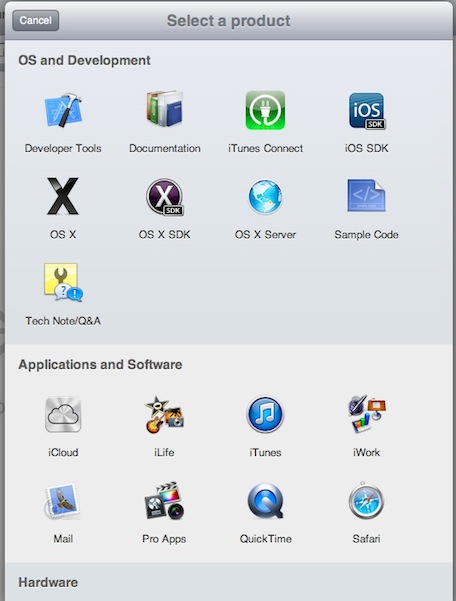 It now warns you when filing a bug report that has previously been submitted. 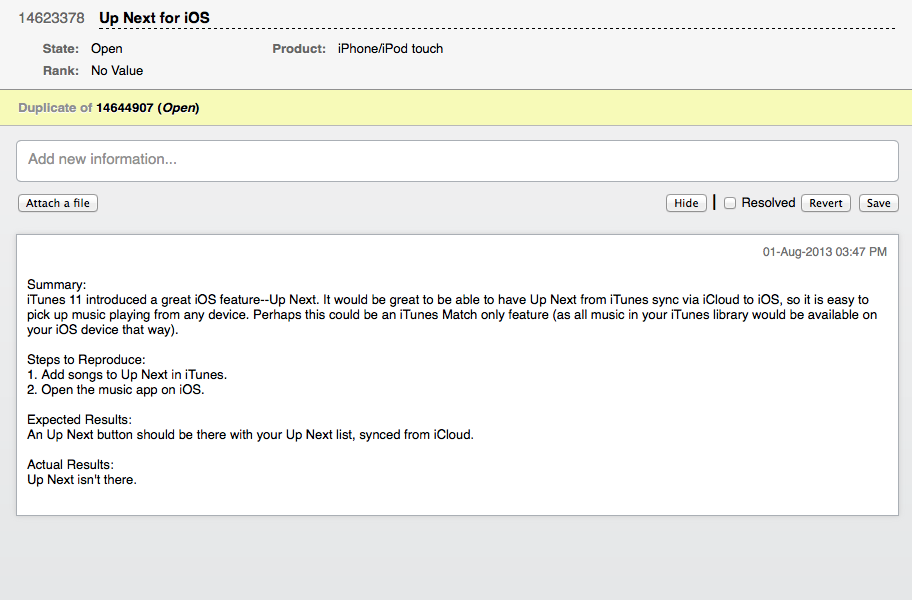 The publication states that none of the bugs from June’s version are present in this build, adding that the new design allows Apple to deploy new features more easily.

Methinks Apple should have given Radar a fresh coat of paint reminiscent of iOS 7.

Maybe I’m expecting too much – iWork for iCloud along with the iWork apps still has skeuomorphism all over the place. The same goes for OS X Mavericks: the Mac operating system has yet to undergo the iOS 7 treatment.