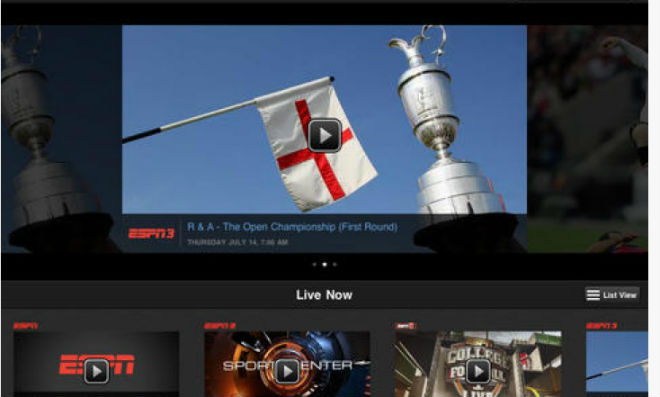 This is important because ESPN is a global powerhouse.

Owned as a joint venture between The Walt Disney Company and Hearst Corporation, the U.S.-based cable and satellite television channel is a lot of people’s go-to source for all things sports…

According to ESPN, streaming is “coming soon” to NRTC members’ customers. Additionally, ESPNNews and Deportes are coming soon to ESPN on Xbox Live to Gold members, the network said.

ESPNNews offers live coverage of sports competitions and ESPN Deportes is for Spanish-language sports broadcasts. ESPN earlier this month improved its iPhone and iPad app (pictured below) by adding a Live Toolbar feature and the ability to watch two videos simultaneously. 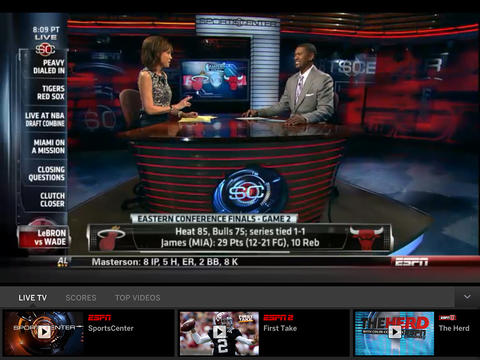 The app is available free of charge from the App Store.

The 9MB download supports an iPhone, iPod or iPad running iOS 6.0 or later.

Apple enabled WatchESPN on the Apple TV back in june, along with subscription-based HBO GO streaming and free on-demand and live video from Sky News and Asian drama streaming services, Crunchyroll and Qello.