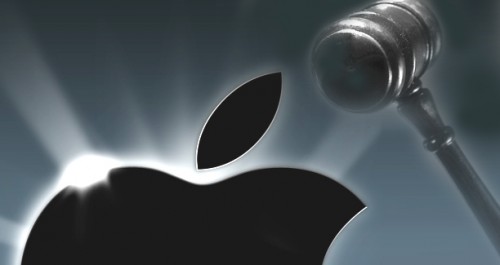 Apple seems to have succeeded in keeping government watchdogs from roaming the corridors of its Cupertino, California headquarters. A proposal by the Department of Justice (DoJ) to install an external antitrust monitor to oversee Apple activities was greatly curtailed Tuesday. Instead, New York federal judge Denis Cote ruled that any monitor would be limited to overseeing Apple’s antitrust policies and employee training.

A proposal by the DoJ to watch over all of Apple’s distribution efforts for potential antitrust action was also trimmed, the judge saying she doesn’t want government investigators interfering in the iPhone maker’s “flexibility to innovate”…

Judge Denise Cote told participants in the Tuesday hearing over proposed remedies to Apple’s e-book price-fixing that she wants the injunction “to rest as lightly as possible on how Apple runs its business. I want Apple to have the flexibility to innovate.”

Government lawyers at first wanted a ten-year period of government oversight on Apple’s dealings with content partners, then trimmed the proposal to five years.

Cote also seems unwilling to impose much regulation of App Store procedures, calling the app marketplace “… only an incidental part of this trial.” Cote described as a “disturbance” a DoJ proposal that Apple permit e-book rivals, such as Amazon, to include with apps links to their own stores.

“So it looks like Apple may have won itself a fair bit of relief from the proposed sanctions it has described as ‘wildly out of proportion to the issues and evidence in the case,'” writes AllThingsD’s John Paczkowski.

The government’s proposal favored Amazon, Apple lawyers complained prior to Tuesday’s hearing. One area where Cote did not let Apple off the hook was the need for some oversight.

The judge said Apple has not “… taken the lessons of this litigation seriously.” She called Apple’s response to the government’s proposed outside monitor “inadequate”.

She believes an external antitrust monitor “…with a carefully defined role can help ensure that competition is restored and preserved.”

In July, Cote ruled that Apple had engaged in price-fixing regarding e-books, in an attempt to blunt Amazon’s rival service. A separate trial to determine damages is set for 2014.