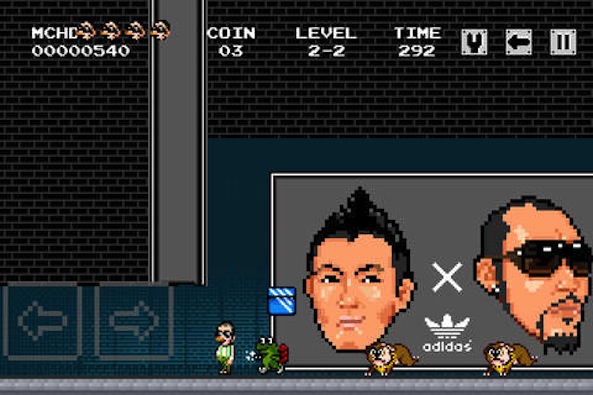 For fans of the Super Mario Bros franchise that have hoped the world’s favorite platformer would someday get ported to iOS, the fire has died and reality has drained all optimism that it will ever happen.

Since you can’t have the real thing, why not experiment with a game that is not entirely unlike it. Super Brothers is a reproduction that is not an exact copy, but comes close enough to make you question whether the app’s developers are violating some kind of copyright laws…

Instead of gobbling grow mushrooms and collecting coins in a tranquil field with a bright blue sky, these brothers are racing through the streets of Anytown USA and jumping over telephone booths to rescue the kidnapped daughter of a corporate CEO. 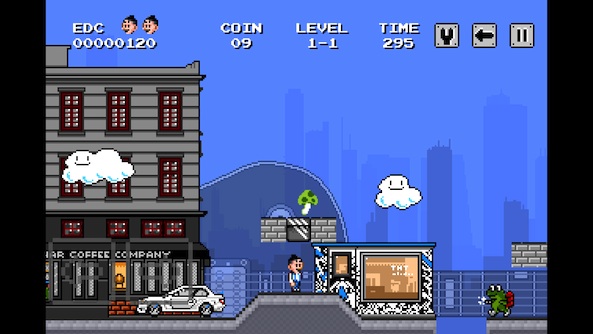 Players punch bricks above to push out size-expanding mushrooms and speed enhancing kicks while jumping onto the heads of squishy foxes, alligators, and other odd monsters that don’t quite resemble the baddies in Super Mario Bros. The game’s sound effects are so similar that it would not be a surprise if Apple pulled it from the App Store for copyright infringement.

The scene-by-scene gameplay is not exactly like the Nintendo. Players will run, jump, and punch bricks like Super Mario Bros. However, bricks cannot be broken and there is no down button on the virtual control pad, so you can’t duck. 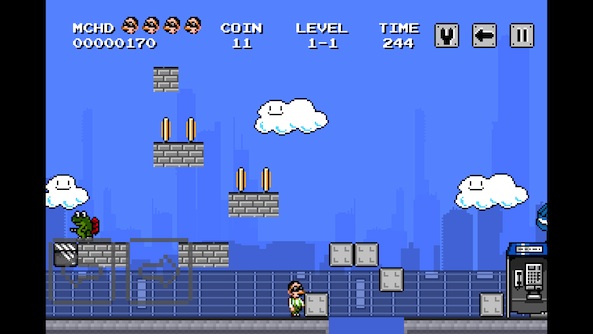 From what I can gather, this game appears to be somewhat of an advertisement for an Asian boy band. The brothers in this game are “EDC” and “MC Hotdog.” In real life, the duo perform pop music as Edison Chen & MC Hotdog and the app’s developer, Clot Media Division, is the same company that appears to be producing the artists’ albums. I think the 8-bit music that plays through the entire game is one of their originals, although I have not yet been able to track down which one it is.

No matter what the reason for the app’s creation, it is still a fun little free platformer that will make you feel nostalgic for the Italian brothers of your childhood. The game is completely free and there are no advertisements.

The controls can be a bit glitchy at times on the iPhone 5, but other than that, the game is a blast to play. Super Brothers is available for the iPhone and iPad. Download it for free in the App Store today.