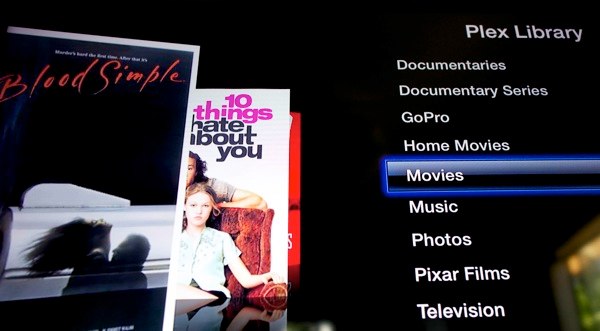 While not a software update per se – new icons automatically appear on your Home screen upon firing up the set-top box without requiring any intervention on the user’s part – something has changed because it’s broken PlexConnect, a popular hack that fools Apple’s Trailers app into streaming media files stored on your computer, no jailbreak required…

Good news: a blogger has figured out how the update has messed up PlexConnect.

Bad news: the Plex team has now confirmed there’s nothing they can do about it. Here’s to hoping that Apple will release an Apple TV software development kit sooner than later.

Jordan Golson of MacRumors got in touch with Plex CTO Elan Feingold who told him that the update has closed the DNS loophole that made the hack possible:

I was saddened to hear that PlexConnect stopped working. We can only hope that in the future Apple decides to release an SDK for the Apple TV.

“The level of interest in the project was quite high,” Feingold added.

I’m not surprised: a Plex Apple TV app must be at the top of many users’ wish list.

As for myself, Plex is my favorite solution for content streaming – I use the Mac/iOS apps on an everyday basis to beam movies, television shows, music and photos scattered around my computer and network-attached storage to my iPhone, iPod and iPad devices.

For those unfamiliar with PlexConnect, it’s a hack for non-jailbroken second and third-generation Apple TV that relies on a Python program running on your computer and pretending to be Apple’s Trailers app.

By changing DNS settings on the set-top box, the Python program on the computer side is able to intercept the Apple TV Trailer’s app network requests. It then transcodes media files stored on the Plex Media Server on your computer into an iOS-friendly format, with subtitle and IMDB metadata on media, and feeds the stream back to the Apple TV.

As a result, the Apple TV’s Trailers app streams your local content thinking it’s retrieving video from Apple’s movie trailers. A bunch of disgruntled users took to the Plex forums complaining about the inability to use PlexConnect following today’s update.

The hack was simple, brilliant and quite useful so there are going to be tons disappointed users now that Apple has closed the loophole. Other services that rely on this method may have also been affected, including Russian streaming service UnliMovie.tv.

While it’s still possible to use AirPlay and the Plex iOS client to stream your own content to the Apple TV, such solution is clunky and leaves a lot to be desired.

PlexConnect no longer works for me and I’ve tried everything, from restarting/powering down my Apple TV to backing out of PlexConnect all the way to the main menu.

Hopefully you can confirm down in the comments whether or not PlexConnect stopped working for you.