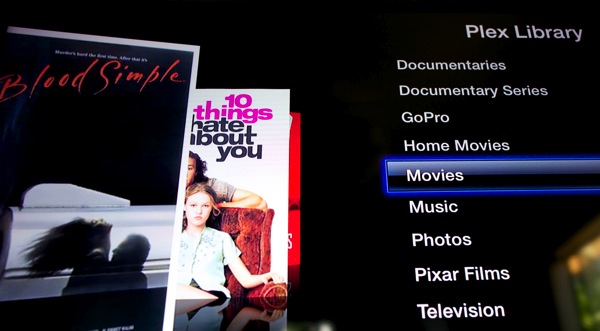 Good news third-gen Apple TV owners! A new hack has surfaced for the popular set-top box that doesn’t require a jailbreak. As most of you know, the ATV3 hasn’t been jailbroken since its release last year, and there’s no word on when or if it will happen.

The hack, referred to as ‘PlexConnect,’ essentially allows you to run Plex media center software on your Apple TV, enabling you to playback various types of content from your local network on your big screen. And all it takes is a single settings change…

Plex, for those who aren’t familiar with it, is a media player that consists of both a desktop app and a server. The app allows you to manage and playback your media (videos, photos, music, etc.), and the server will stream it to other devices running the client.

Plex already had clients out for the iPhone, iPad and jailbroken Apple TV 2. And now it seems it can add the ATV 3 and non-jailbroken ATV 2 to the list thanks to the genius of two guys from its devout developer community. From Plex’s blog (via GigaOM):

“Enter PlexConnect. The brainchild of Baa and roidy, it’s a super clever little hack which allows a rich, fully-functional Plex client on un-jailbroken ATV2 and ATV3 (1080p!) devices. Essentially, you run a program on your computer which masquerades as the Trailer app. Next, change one setting on the ATV, and you’re up and running. It took me less than 2 minutes to install and get it running. It already uses the new transcoder (which means great support for subtitles), and I suspect it’ll support myPlex soon as well. In the PlexPass preview release of the media server, it also supports AC3 5.1 (remuxing and transcoding from DTS).”

It’s kind of cool actually that PlexConnect uses Apple’s Trailers app as a portal of sorts to the ATV. Almost like they’re using it against them. You’d think such a workaround would cause there to be lag in video streaming, but there doesn’t appear to be any delay:

Obviously, the hack is still in the early stages. So keep in mind that improvements will be made and new features added over the coming weeks. But if you’re the adventurous type, and you want to give this a go now, you can find the step-by-step instructions here.