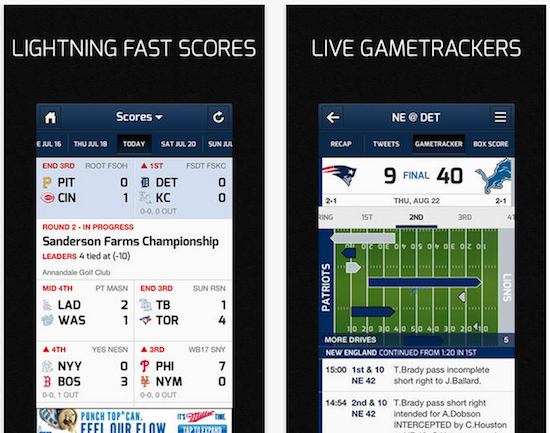 With this year’s NFL season set to kickoff in less than two weeks, football fans will be happy to hear that CBS has just updated its Sports app with some significant improvements to help them keep track of all the action.

I have to say, the new GameTracker feature is really well done. A quick glance not only tells you the score, but it can tell you who has the ball and what they’re doing with it. It’s almost exactly like ESPN’s GameCast service.

Add in the new Power Rankings and Stat Leader trackers, and the CBS Sports app really starts to come full circle. Remember, earlier this month it received a big update that added live video for sports events and iPad support.

If you’d like to check out the latest version of CBS Sports, you can find it in the App Store for free.