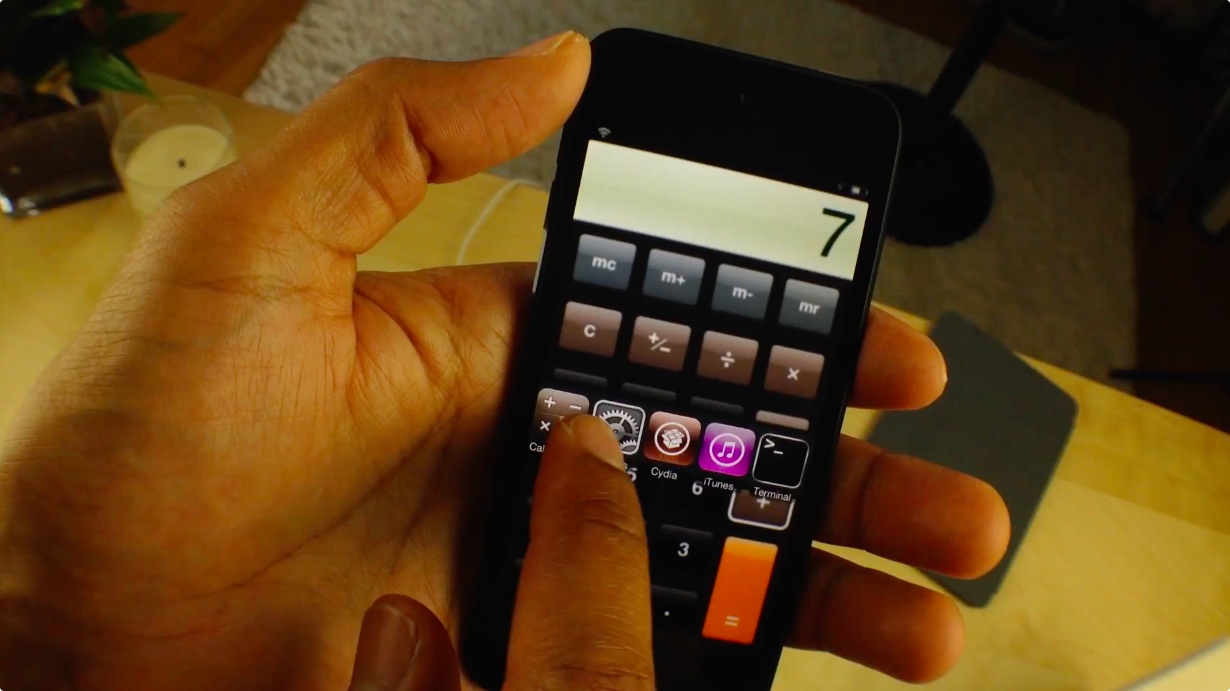 It’s one of the best jailbreak tweaks that we’ve seen this month, and it’s now available for you to download on Cydia’s BigBoss repo. I’m talking about Reminisce, the jailbreak tweak that lets users quickly switch between their most recently used apps, and unless you’ve been living under a rock, you’re fully aware of what tweak I’m referring to.

We previewed Reminisce last week, lending a glimpse of what you can expect once the tweak went live on Cydia. Now that it’s officially live and available to purchase, let’s step through a few of the other features found in this big time Cydia release.

At its most basic level, Reminisce is an app switcher that allows you to access your five most recently used apps by means of a swipe gesture. By default, gestures are performed from the right edge of the screen, and they reveal a bar containing app icons representing the five most recent apps.

Reminisce’s hallmark is its speed. It allows you to switch between apps in record-like fashion, because it is extremely responsive and features brisk animation.

Although it’s a tweak that feels very lightweight, Reminisce is quite heavy on the features, and this is readily apparent once you dive into the tweak’s preferences. There, you’ll find three different sections: animations, behavior, and appearance. Each of the mentioned sections contain quite a few settings to tinker with. 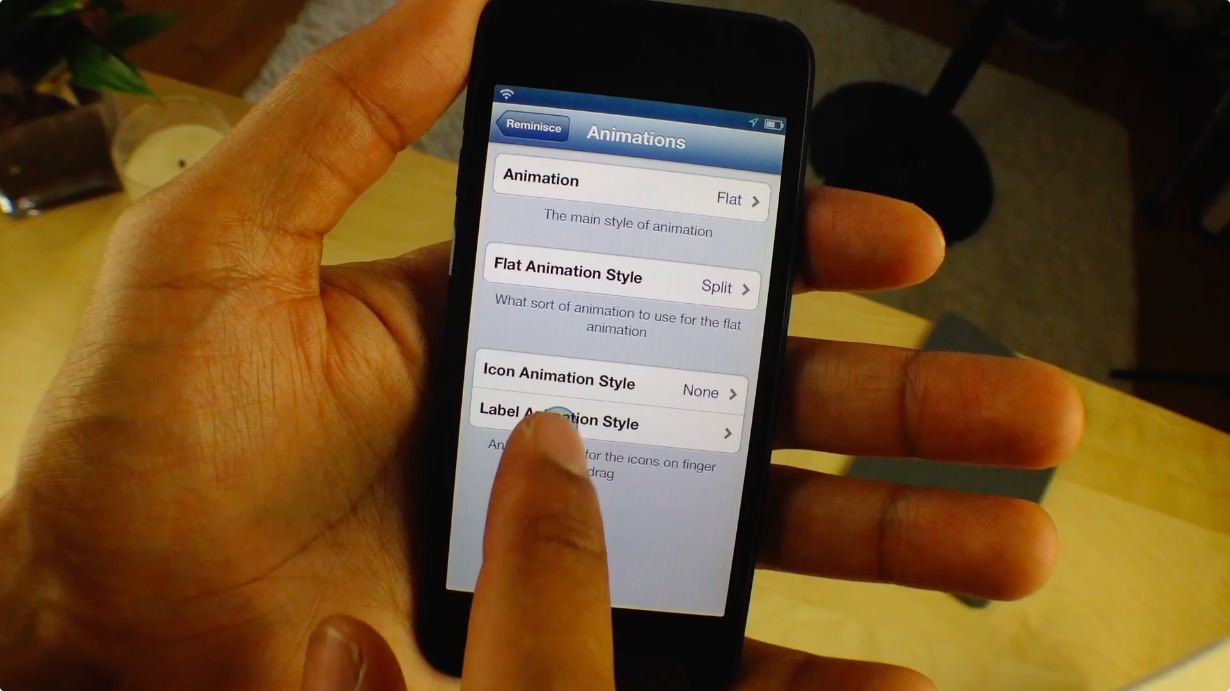 While I personally prefer the look of the push animation, the flat animation lets you choose from four additional animation styles — side, up, down, and split. Just don’t go into it expect animations that are wildly different, the effects are subtle at best.

You can also choose to animate the “mouseover” effects associated with sliding over each of the icons on the Reminisce bar. There’s a grow and highlight effect, along with a highlight effect that pertains to the app label names only.

The real meat of the tweak, from a functionality standpoint at least, can be configured via the behavior section. Here, you can change the orientation of the swipe gesture to the left side of the screen from the default right side. This allows users who are left-handed to operate Reminisce with only one hand. 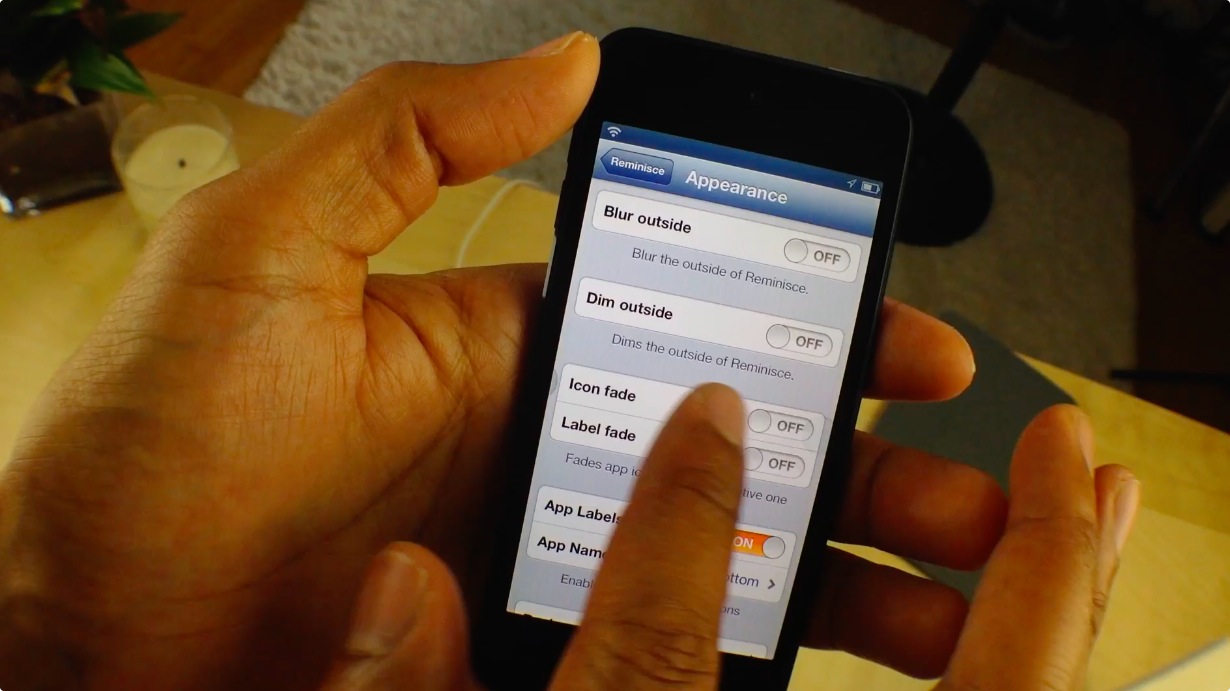 Another handy feature — disabled apps — can be found in the behavior section is well. This feature, as its name alludes to, allows you to disable the Reminisce gesture while within certain apps. This will apply mainly to apps that feature gestures that are similar to the ones found in Reminisce.

If you’re really about making sure that there are absolutely no conflicts with your apps, you can force Reminisce to only work with an Activator gesture of your choice. Personally, though, I’d try to avoid using this option, as it adds a lot of friction to an otherwise fluid tweak. 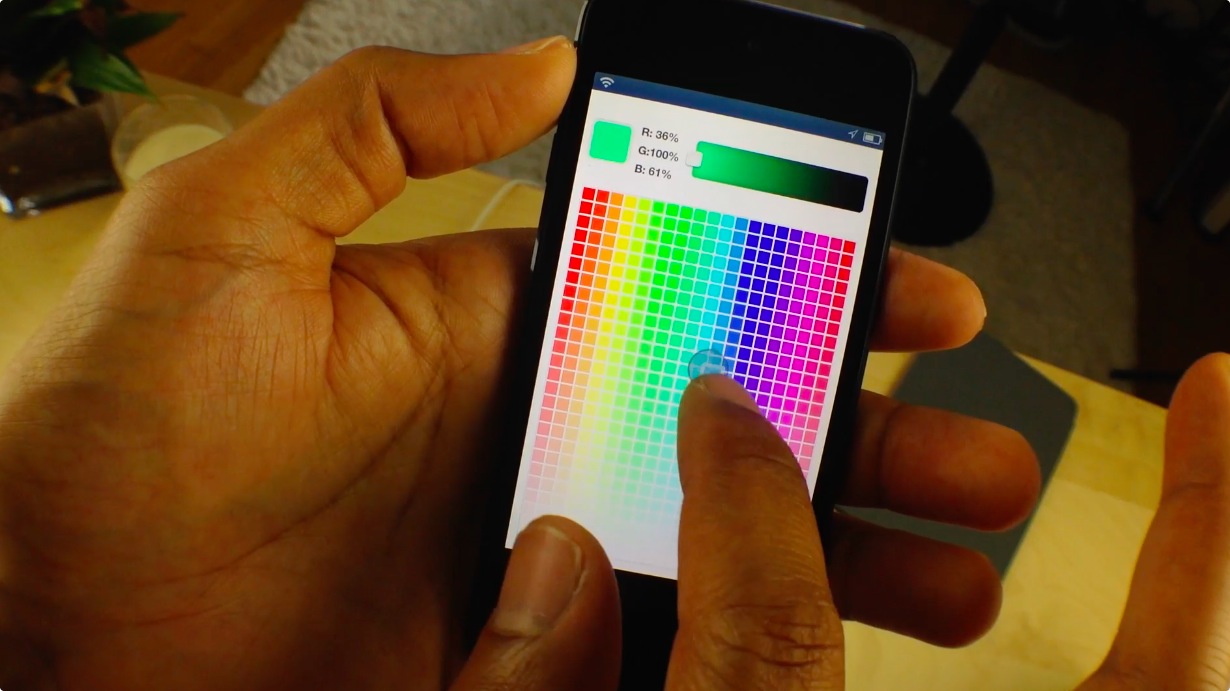 One of the best features to be found in this section is the custom color section. By default, Reminisce uses the typical linen style that’s pervasive in iOS 6, but you can decide to use your own custom gradient combination by choosing the custom color option. I should mention, however, that although the tweak performed well from a stability perspective, the custom color option caused my device to crash once or twice during testing.

Reminisce is a wonderful tweak that has sincere practical value. The developer could have honestly just stopped there, but he went the extra mile and added a ton of customization features to the package. I could have already recommended Reminisce based on the merits of its basic functionality, but it’s even easier to recommend when you consider all of the extra options. Make no mistake, if you’re looking for a better way to switch between recently used apps, this one is a no brainer. Go get it for $1.99 on Cydia’s BigBoss repo.