In what’s quickly becoming a worrisome pattern for Apple, a number of iCloud services are down as of this morning. The iMessage system is acting up (all over again), as are Photo Streams, Documents in the Cloud, Backup services and iPhoto Journals, according to Apple’s iCloud Status Page.

The downtime started at around 12:30am Eastern / 9:30pm Pacific. None of the services have been restored as of post time.

As things stand now, the affected users have been unable to access the aforementioned services for more than ten straight hours. Fortunately, only a small percentage of users appear to have been affected by Apple’s ongoing cloud woes…

Apple says that less than one percent of users are affected by the downtime.

Specifically, the affected users may have been unable to sync their app documents via iCloud, access photographs in their Photo Stream, create photo Journals in the iPhoto iOS apps or backup and restore their devices via iCloud. 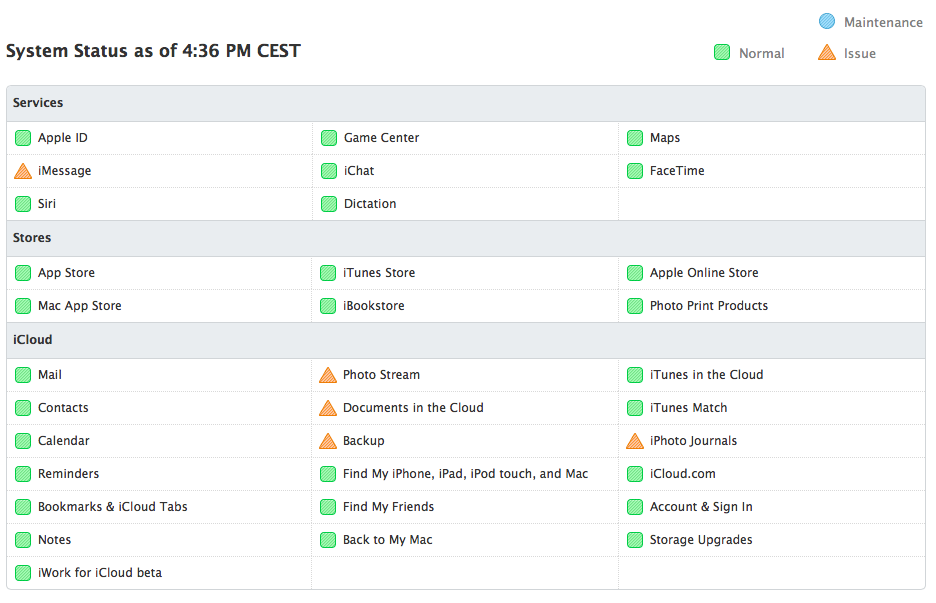 Because the outage affected iMessage, some users may be experiencing difficulties sending or downloading attachments in iMessage.

Worse, approximately 16.6 percent of users were unable to make iTunes purchases. Also between 5:45am and 6:02am some users may have been unable to create a new Apple ID, Apple said.

These frequent downtimes aren’t just tarnishing the Apple brand and killing user trust, but hurting Apple’s bottom line as well – how much money do you think the company has lost because one out of each six people couldn’t buy stuff on iTunes for almost an hour?

Is iCloud acting up for you?