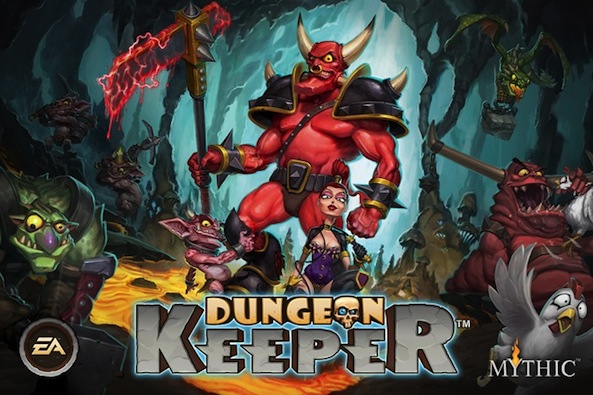 EA has been very busy this week, announcing its new ‘Heroes Of Dragon Age’ RPG, and offering up details on FIFA 14. And it’s not slowing down; today it announced it’s teaming up with Mythic Entertainment on a new strategy title.

The game will be a reboot of the cult classic Dungeon Keeper, a popular strategy title from the late 1990’s that involves building up a dungeon and protecting it from invaders. And it’ll be landing on both iOS and Android this winter…

From the press release (via TouchArcade):

“Welcome Back, Keeper!  EA Announces Dungeon Keeper For Mobile Devices. Horny’s Back and better than ever in Dungeon Keeper on mobile! Today, EA and Mythic studio announced a mobile reboot of the 1990s hit with the unveiling of Dungeon Keeper on site at EA’s Gamescom Business Lounge.  Coming to iPhone, iPad, iPod touch and Android devices this winter, Dungeon Keeper provides an addictive mix of strategic building and tower defense; it’s a ground-breaking mobile experience that’s diabolically fun to its core.”

For those unfamiliar with the title, gamers are tasked with designing a dungeon. And your goal is to not only protect your dungeon, but to invade other player’s dungeons in a battle rule the underworld. It’s part strategy, part tower defense. 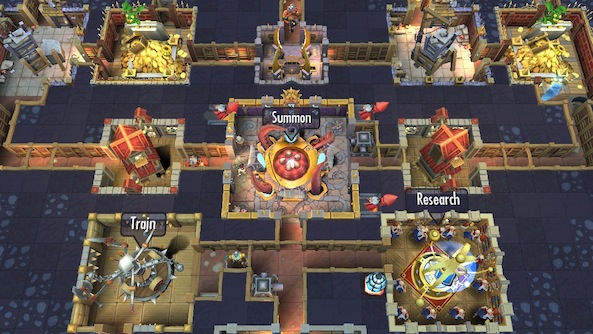 Other than the winter 2013 release window, there isn’t much solid info regarding the game. Unfortunately, though, Electric Arts has confirmed that Dungeon Keeper will be a freemium, free-to-play title, with various in-app purchases.