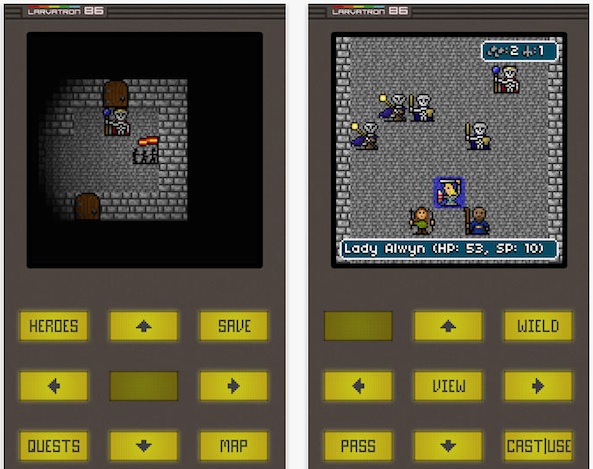 The Gurk series of games are silly, fun, dungeon crawls that, until now, were only available on Android-based devices. Fans of pixelated role-play adventures can now scour the lands to fight monsters, loot gold, and gain experience on their iPhone.

Gurk III – the 8-bit RPG recently launched in the iOS App Store with just as many pixels as its predecessor, but with more spells, quests, and monsters than ever before…

The game is designed to look like a computer game you would have played on your Commodore 64 in 1982. It features an action window with a border that looks like an old-school game overlay. There are virtual buttons that let you chose what to do next, depending on what window you are in. For example, when you are rolling a new character, you will see the “Reroll,” “Keep,” and “Back” buttons. 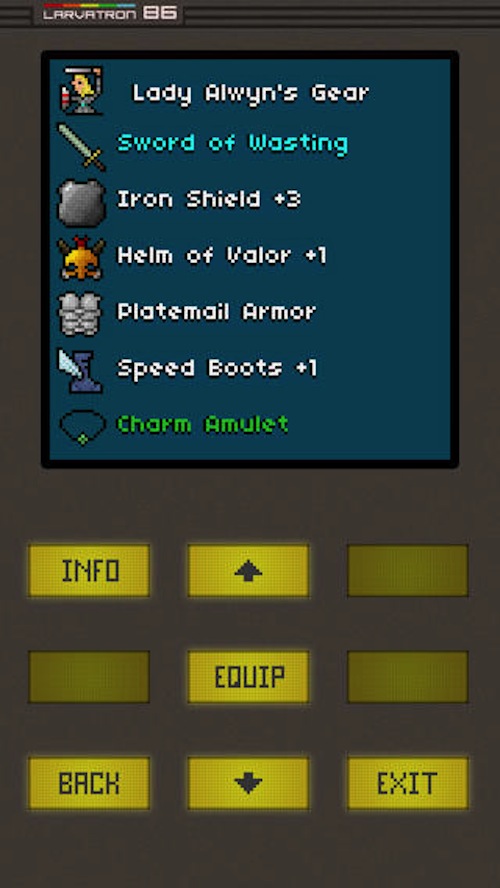 Players control three adventurers as they travel through the lands. You’ll be in charge of a Knight, a Ranger, and a Wizard. You will be able to choose from nine different characters and roll for their stats.

When the game starts, you will be traveling through the forest, looking for quests. You can move up, down, left and right. When you are near non-player characters (NPC) you can talk to them to get information or find quests.

When you are offered a quest, you have the option to accept it or not. Obviously, the point of the game is to quest, so you should probably say “yes.”

There are shops where you can spend your hard-earned gold to buy weapons, consumables, potions, and armor. You will also find loot in your adventure that you can sell at the shops.

Energy salves will restore the wizard’s spell points and characters automatically heal one hit point and one spell every 20 moves, so if you are low on health, walk around a dungeon for a while to regain your strength. 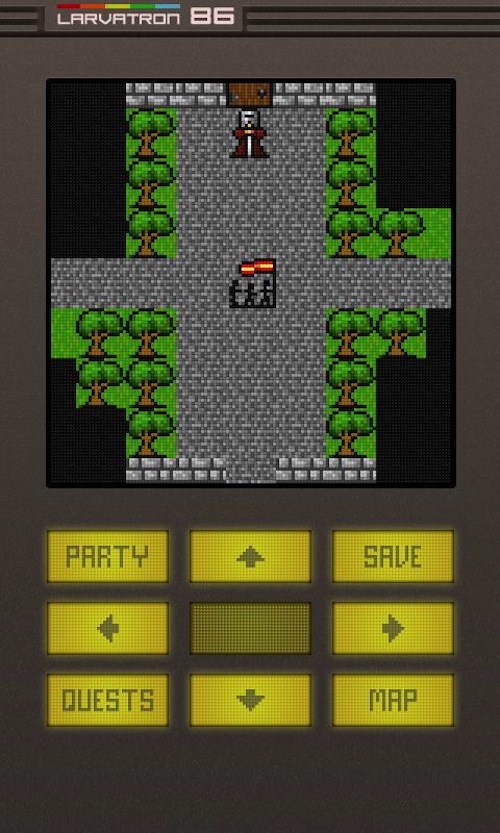 When you head out into the wilderness, monsters, such as giant spiders, will confront you. You can defend your party with healing spells, attack the enemy in melee combat, or shoot them down with a ranged weapon.

The game features an expansive world with more than 50 dungeons, 125 monsters, and 200 unique items. The soundtrack includes 20 original 8-bit synth emulator songs to bring it all into the early 1980s for you.

Gurk III is available for devices running iOS 6.0 and higher. Download it in the App Store today for $1.99.