China Mobile has more than an astounding 740 million subscribers, making it the world’s largest wireless carrier. It is also a rare major carrier without Apple’s iconic smartphone. Part of it is politics – Chinese carriers reluctantly agree to revenue-sharing schemes with foreign companies.

China is also moving away from high phone subsidies that impact short-term profitability, but there surely must be some plain stubbornness as both Apple and China Mobile reportedly repeatedly bring onerous terms to the negotiating table.

Although we heard multiple times in the past that the two sides were about to reach some sort of resolution, the iPhone distribution deal never came to be. Apple’s boss Tim Cook recently met with China Mobile Chairman Xi Guohua and now Reuters reports that a China Mobile tie-up is closer than ever…

According to Reuters, the telco is “keen on” selling the iPhone, with the remaining issues being “commercial and technical” in nature, alluding the two giants may have finally met halfway regarding terms of business.

The stars may be aligning for a long-awaited deal between Apple Inc and China Mobile Ltd, the world’s biggest mobile carrier, that could help the iPhone maker claw back lost ground in its most important growth market.

“We are actively negotiating and both sides are keen,” China Mobile Chairman Xi Guohua told reporters on Thursday after announcing half-year results. “There are still some commercial and technology issues that need time to resolve,” he added.

Apple has so far ducked a deal with China Mobile as this would have required a redesign inside the iPhone to work on the operator’s inferior TD-SCDMA 3G technology.

Although China is expected to grant 4G TD-LTE licenses by the end of this year “that favor the biggest of its domestic mobile operators,” support for 3G TD-SCDMA is the key to any handset vendor’s hope of tapping China Mobile’s vast pool of customers.

Again, the new Qualcomm chips support 3G TD-SCDMA, as well as virtually all LTE flavors, including TD-LTE and the more widely-used FDD-LTE.

The report also states that Apple and China Mobile couldn’t come to terms because the latter has been reluctant to commit to the “huge cost of marketing and subsidizing sales of the expensive iPhone”.

That’s why it’s so important for Apple to offer a new iPhone model that can be sold unsubsidized and off-contract in countries like China, without costing a fortune.

While Apple’s handset remains the best selling smartphone in the United States, not everyone owns (or can afford) a high-end smartphone – and not everyone lives in the US. 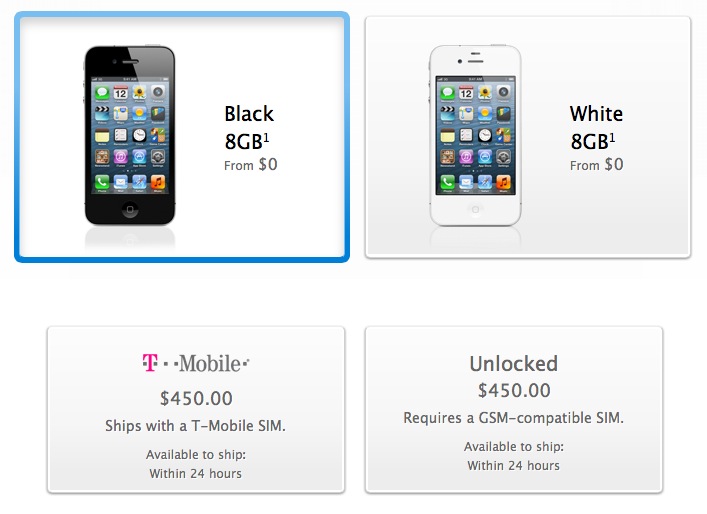 Apple usually keeps past two iPhone generations at reduced prices alongside the current-generation model. It is important to note that the “free” iPhone 4 is not really free because carriers tie the $0 device to a two-year contract.

Apple is expected to release the iPhone 5S upgrade and possibly a rumored plastic iPhone at its upcoming September 10 media event.