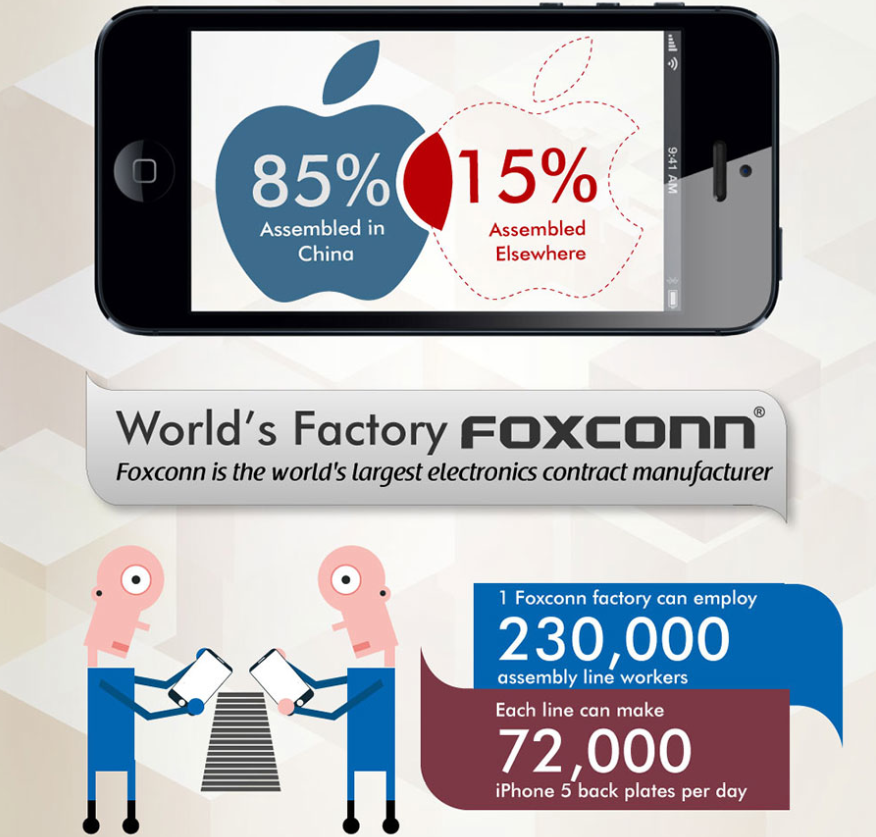 Because of its size, popularity and visibility, Apple is being increasingly scrutinized for outsourcing gadget assembly to Asian contract manufacturers.

Although Tim Cook has pledged to bring some of the manufacturing jobs back to the United States with the new ‘Made In USA’ Mac Pro, critics still slam the company for sourcing product components from Taiwanese vendors. Per usual, the truth is somewhere in the middle.

For example, while iPhone screens are made by Asian vendors, its cover glass is being manufactured in the US by Gorilla Glass in Kentucky. As for the chips, the engine that drives the iPhone is Apple’s in-house design, fabbed by Samsung in Austin, Texas.

I stumbled upon a very nice infographic that details the source of the many iPhone components, including the speakers, vibration motor, rear earth metals and more, jump past the fold to have a look…

Alex Hillsberg of Finances Online made this awesome infographic outlining the iPhone 5 supply and manufacturing chain. 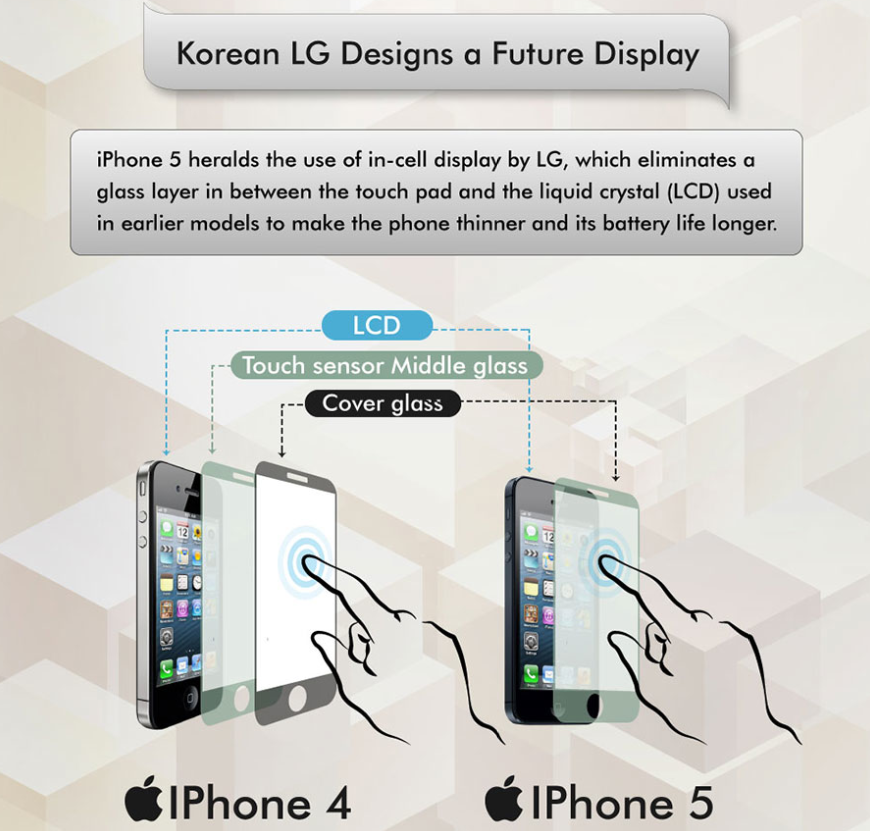 Although much of the iPhone components are sourced from parts makers around the world, the bulk of design and marketing work, as well as software development and chip design, is being done in the United States. 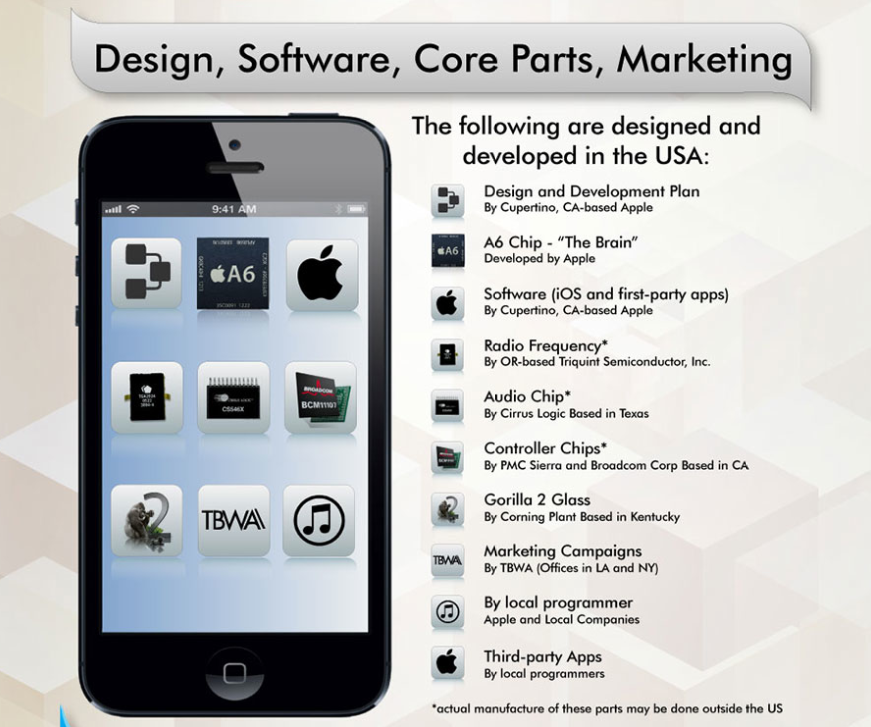 As for the actual assembly, none of those jobs are coming back to US anytime soon.

Why? Because it takes just fifteen days to hire any number of Chinese assembly line workers who happily agree to low wages.

It’s not so much about the price as it is about the skills, etc. Over time, there are skills associated with manufacturing that have left the U.S.

The consumer electronics world was really never here It’s not a matter of bringing it back, it’s a matter of starting it here.

By comparison, hiring labor takes as much as nine months in the United States.

The same goes for engineers who manage those factory workers. Back in 2011, Apple’s workforce was comprised of 700,000 foreign-held jobs, 43,000 US-held jobs domestic and an additional 20,000 US-held jobs abroad.

If Apple were to actually manufacture the iPhone in the United States, the retail cost difference would be an estimated two to three bucks. 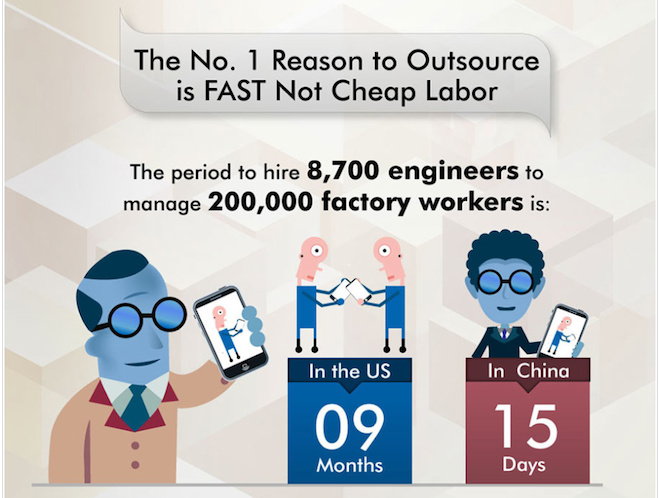 The following highlights the effectiveness of Asian manufacturers.

In 2007, Steve Jobs decided that he wanted a glass screen for the iPhone only a few weeks before it launched.

American suppliers said the deadline was impossible. In China, a factory constructed a dormitory even before signing a contract so its employees could work 12-hour shifts.

When the deal was sealed, 8,000 workers were roused from sleep, given a biscuit and tea and they started fitting glass screens into the iPhone to produce 10,000 iPhones a day.

By the way, 90 percent of all the rare-earth minerals used for the iPhone 5’s circuitry, screen, speakers, and glass cover are mined in China and Inner Mongolia.

The complete infographic contains various other tidbits so head over to the Finances Online website for the full reveal.