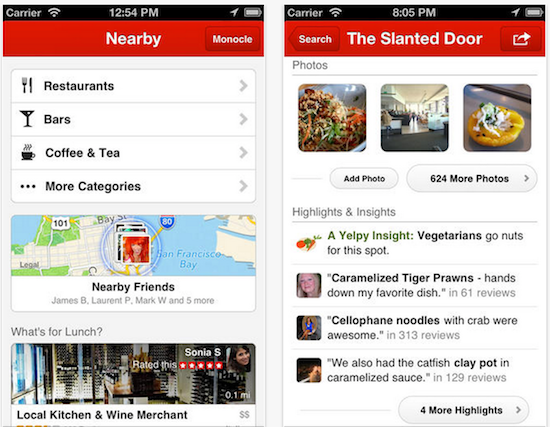 Yelp has posted an update for its iOS app this morning, bringing the client to version 7.0. The update doesn’t include a lot of new features, but it does bring about one significant change: users can now post reviews to the site directly from the app.

The move has been a long time coming—users have long been calling for the ability to post to Yelp from within the app. The company has allowed users to post Tips from the mobile client in the past, but they can now post full-length assessments…

“Mobile phone usage has come a long way since the days of the hunt-and-peck, shorthand “C U L8R” texts. Nowadays, people are more mobile savvy and are becoming used to contributing long-form content directly from their device. These days, many people are interacting with Yelp solely through their mobile device. Which is why we’re introducing the ability to write and publish reviews on mobile! Yelpers can now contribute their useful, funny and cool reviews directly from their Yelp mobile application (available today on iOS and coming soon to Android).”

Why is this a big deal? Because now users don’t have to wait until they get home or to a computer to review a restaurant or local business. If the food you had for lunch was good, you can now pop open the mobile app and tell everyone about it. 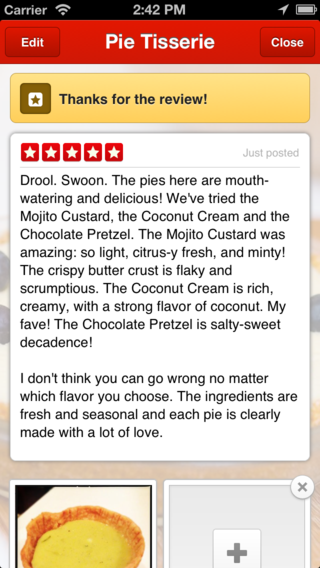 Yelp says that Tips are going to stick around as a quick-post option (ie: “great burgers!”). But the addition of mobile reviews will help folks better describe their experiences, which in turn will allow customers to make better-informed decisions.

The company has been making some big moves recently. Just last month, it added the ability to order food from directly within its app. If you aren’t using Yelp right now, I recommend checking it out. You can find it in the App Store for free.