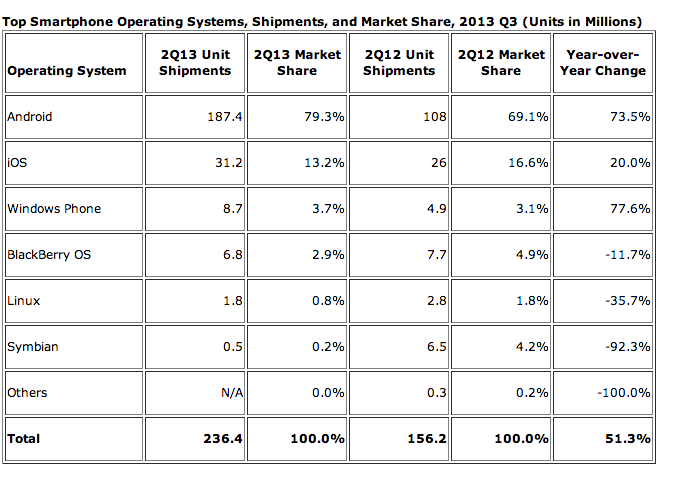 The long wait before Apple introduces new iPhone models is causing its iOS smartphone platform to lose marketshare to Android. The iPhone’s iOS slipped to 13.2 percent of the smartphone market, a drop from 16.6 percent during the same period in 2012.

Meanwhile, Android’s lock on the smartphone market grew tighter, nearing 80 percent as Samsung and a bevy of Chinese brands boosted the Google-made software. Despite the small drop, No. 2 iOS is expected to regain its lost turf when Apple unveils new products in September, according to market research firm IDC…

“Without a new product launch since the debut of the iPhone 5 nearly a year ago, Apple’s marketshare was vulnerable to product launches from the competition,” writes IDC research manager Ramon Llamas.

However, not much should be made of the decline, seen as aligned with iPhone launches. As soon as a new iPhone and the new iOS is introduced probably in September, “Apple is well-positioned to re-capture marketshare.” 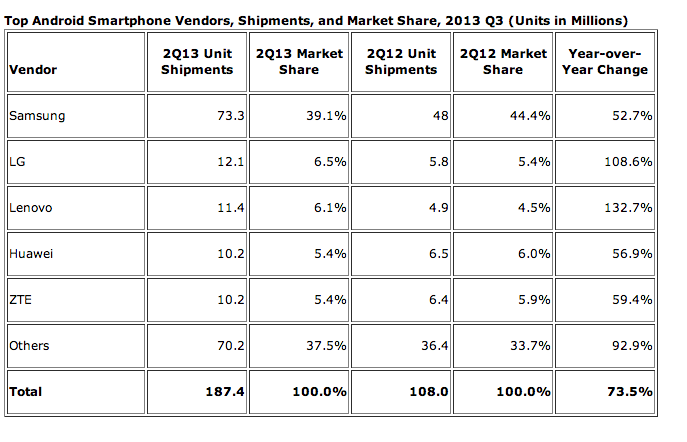 Korea’s LG, along with China’s Huawei, Lenovo and ZTE combined account for more than 62 percent of Android-powered smartphones shipped during the quarter, according to the researcher.

In July, IDC said Apple’s growth would likely improve if it unveils a low-cost iPhone as well as continues work developing prepaid markets.