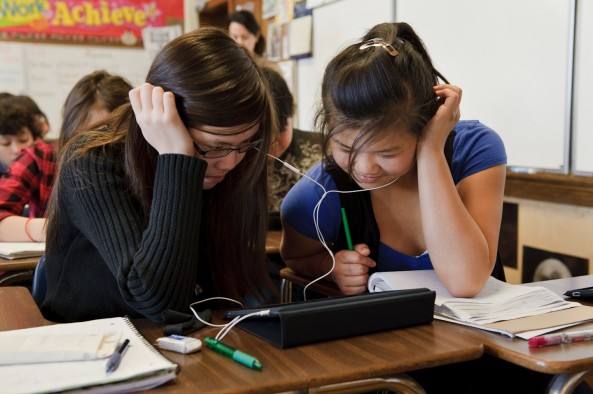 Although Apple managed to surprise investors with better-than-expected iPhone sales, some observers see a more daunting future for the flagship Apple smartphone.

Apple’s global smartphone marketshare may have fallen by some estimates to as low as fourteen percent amid increasing pressure from rivals seeking higher margins and more sales.

Strategy Analytics describes the iPhone being “trapped in a pincer movement” between Android cheapos and high-end monster phones with five-inch screens. In other words, as iPhone competitors that churn out inexpensive handsets increasingly march toward the mid-range in hopes of gaining more profit, Apple’s high-end rivals are now moving toward the middle, seeking increased sales…

Neil Mawston, executive director of Strategy Analytics, advises (via TechCrunch) Apple to go after both areas: growth and volume.

“Apple’s first priority should be a premium-tier phablet with a five-inch screen because that is where the largest new revenue pool is located,” Mawston said. 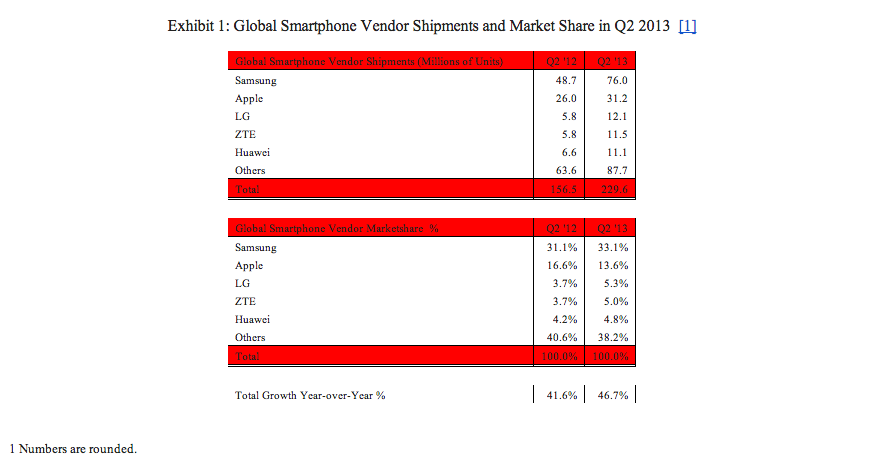 That would shore up some of Apple’s profit loss to Samsung, according to the analyst. Apple also needs to offer a cheaper iPhone to prevent continued loss of customers to less-expensive alternatives, he adds.

“This represents 52.3 percent year-over-year-growth, the highest annual growth rate in five quarters,” IDC noted. “Second quarter shipments were up 10.0 percent when compared to the 216.3 million units shipped in 1Q13”.

At the same time, the iPhone’s growth slowed to twenty percent in the June quarter. 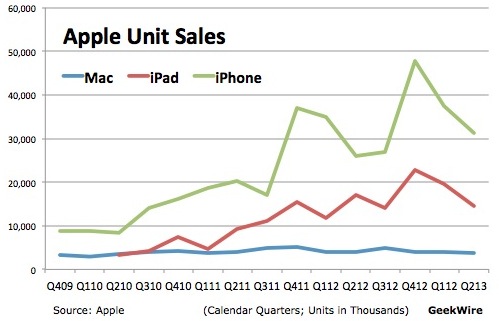 Looking past the Samsung-Apple duopoly, IDC said that “clearly the competition refuses to be shut out altogether,” reminding us that Apple posted its second-lowest year-over-year iPhone growth rate in almost four years, having sold 31.2 million iPhones in the June quarter, compared to 26 million in the year-ago quarter.

The research firm thinks a lower-cost iPhone will revert the trend.

“Apple’s growth is likely to accelerate globally assuming it launches a lower-cost iPhone and continues to penetrate prepaid markets in the quarters to come,” IDC speculates.

Others don’t see the urgency to find another profitable device. 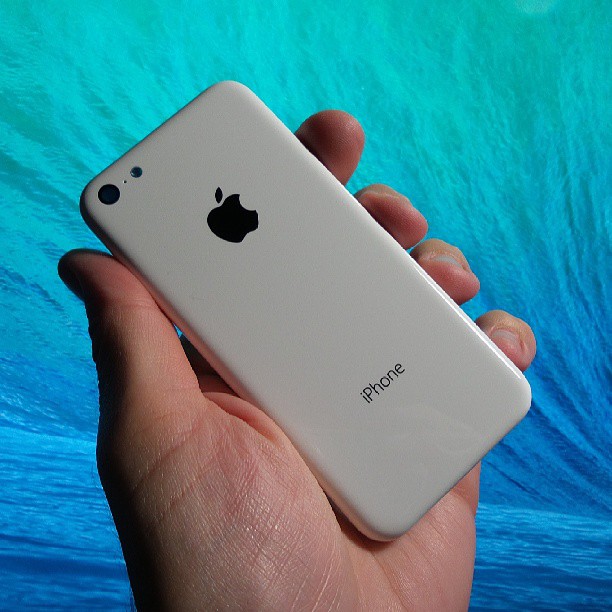 Plastic iPhone images are cropping up all over Asia.

“Despite concerns of premium tier saturation, both Samsung and Apple were able to deliver better than expected results in the second quarter,” reminds ABI Research senior analyst Michael Morgan.

ABI estimates Apple’s market share (14.6 percent) dropped to its lowest point since the third quarter of 2011, largel due to the “success of the Samsung Galaxy S4 launch and the continued growth of low cost and mass market smartphone shipments”.

However, Morgan agrees with Mawston that future smartphone competition will be for the middle ground. He spoke of “fierce competition” between price-conscious smartphone makers looking for higher gross margins along with high-end smartphone manufacturers eying continued growth prospects available in mid-tier products.

For now, Apple is content offering the older iPhone 4 and iPhone 4S as inexpensive starter iPhones, a tactic that so far has been relatively successful.

But don’t let this fool you. Despite the seeming complacency, Apple is not stupid: hence continued rumors of a low-cost iPhone appearing this Fall.