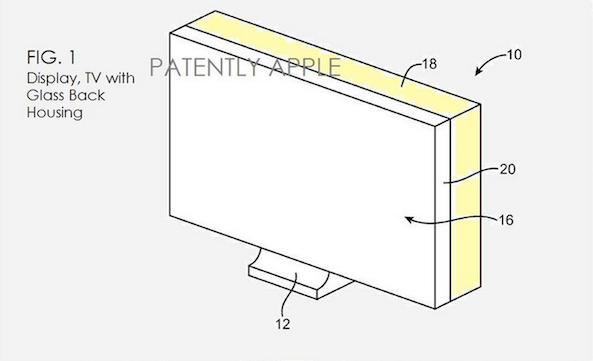 Apple filed for an interesting new patent last week on methods for fusing glass pieces together to create various types of glass enclosures. The filing was published by the European Patent Office yesterday, which credits Jony Ive as one of its inventors.

More specifically, the patent application illustrates how the double-sided glass construction design of the iPhone 4/4S could be extended to the iPod, iPad, and various displays. Apple even points to a TV set being encased in glass using its fused process…

As usual, PatentlyApple does a great job of breaking down the filing:

The application goes on to explain that multiple planar glass members may be fused together to form a five-side box in which electronic components could be mounted. Display structures and other internal components may be slide in between two glass sides.

Easily the most interesting thing about the invention is the mention of a television. Apple has long been rumored to be working on a full-blown TV set, but outside of analyst predictions and supply chain chatter we’ve literally seen zero evidence of its existence.

In addition to Jony Ive, Peter Russell-Clark and Michael Polliod are also listed on the patent as inventors.