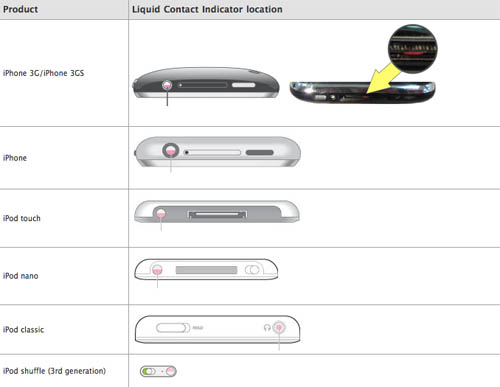 Earlier this year, Apple has agreed to pay $53 million to resolve a consumer class-action lawsuit involving faulty moisture indicators in older iOS devices falsely interpreting that a device had been damaged by water, prompting Apple to unjustly deny customer warranty claims based on these defective indicators.

According to details made public on the settlement’s website, eligible customers are now being contacted via email about the class-action settlement and damages. Specifically, owners of older iPhone and iPod touch products may be entitled to a cash payment from Apple…

Noting the court will have a hearing to consider whether to approve the settlement, the website announced that “benefits may be paid”.

“Because Apple state your device had been damaged by liquid, the United States District Court, Northern District of California, authorized this notice,” the notice reads.

To qualify for a cash refund, you must:

(a) be a United States resident;

(c) when it was submitted to Apple for warranty coverage, your iPhone or iPod touch was covered either by its original one-year limited warranty or by an AppleCare Protection Plan;

and (d) Apple denied warranty coverage because Apple stated that your iPhone or iPod touch had been damaged by liquid.

People who don’t want a payout and don’t want to be legally bound by the settlement must exclude themselves by December 4, 2013.

“If you stay in the class, you may object to the settlement by December 4, 2013,” the notice reads.

While Apple has long maintained there was never anything wrong with these liquid contact indicator strips, the company however did relax its warranty policy related to liquid indicators and has even stopped including them in some products.