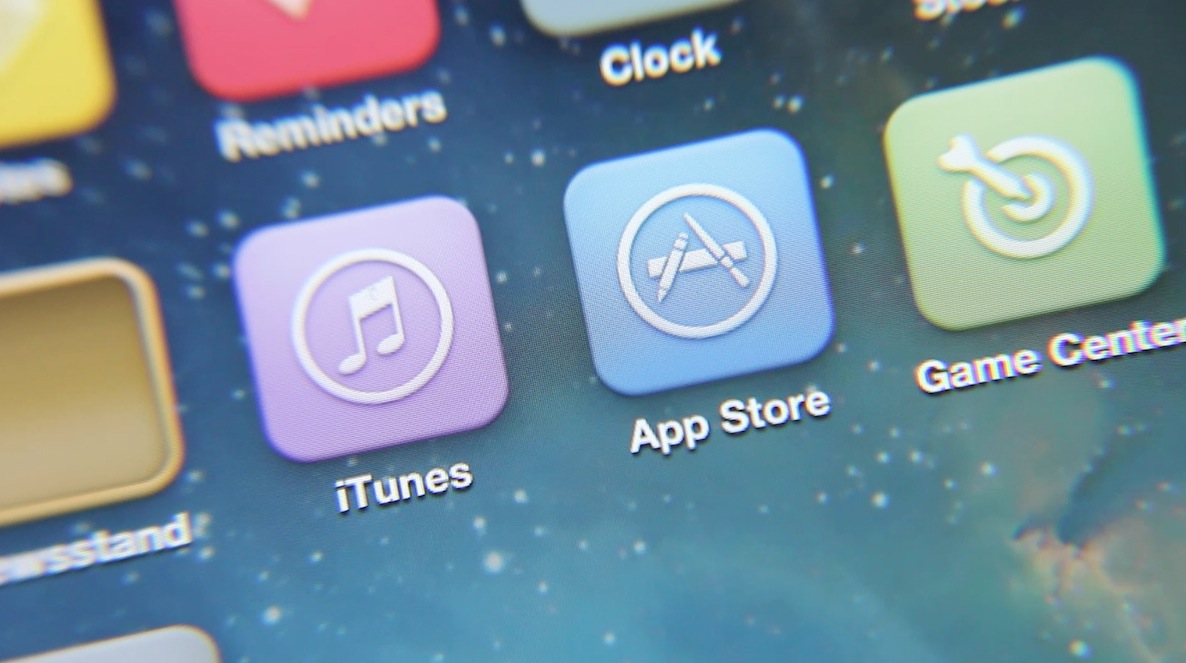 An interface can be minimalistic and still be interesting. It can be “flat” yet still have depth in spades. That is, apparently, the mantra that renowned iOS designer, Sentry, subscribed to as he meticulously slaved away at his latest jailbreak release.

A theme packing in support for well over 300 different apps, Aplo is “flat” done right. We’ve had the pleasure of going hands on with the theme over the last few days, and, in typical iDB fashion, we’ve created an in-depth video that showcases the inner workings of the theme. You don’t want to miss this.

As you may have already figured out, Aplo uses the WinterBoard theming platform as a basis to inject its theme into iOS. Once you download Aplo from Cydia, you’ll need to open WinterBoard and enable the four Aplo sections and respring. The four sections are Interface, Notification Center, Lock Screen, and Icons. Each section works just as you might expect it would, providing theming to the specific section that it’s named after. 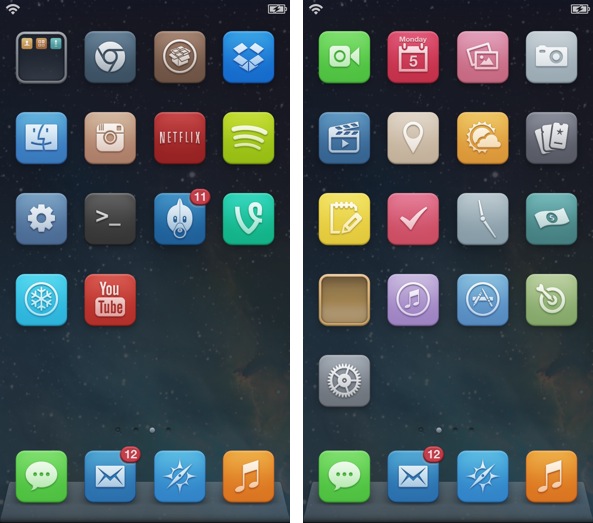 In total, Aplo features over 300 different custom themed app icons. While that may not seem like a lot when compared to other more established themes, it’s a major accomplishment right out of the gate for what is essentially a one man crew.

You’ll find icon support for most of the popular iOS apps, and even a few obscure apps. Sentry states that this is only just the beginning as far as app icon support goes, so you can expect the total icons to balloon as the theme matures.

While the app icons are perhaps the most glaring difference between stock iOS and an Aplo themed device, the app icons are far from the end of things as far as customization is concerned. As previously mentioned, you’ll find support for Notification Center, the Lock screen, and the app switcher. You’ll even find more subtle theming for the volume HUD, sheets, and popups. It all feels very custom, but doesn’t cross the border into over the top or overwhelming territory. It’s nice and balanced. 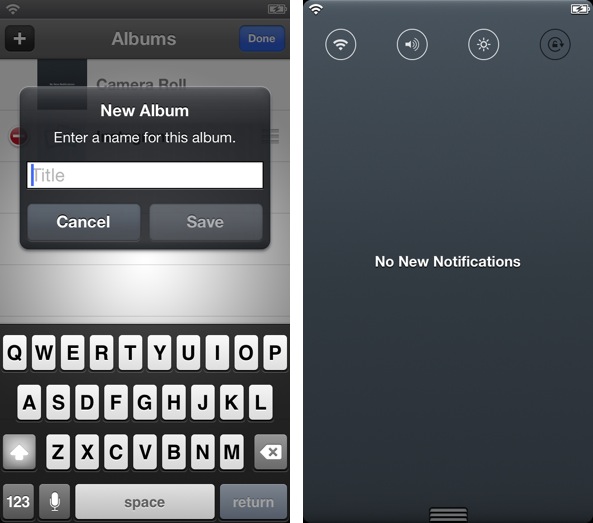 Of course, there’s support for Sentry’s most popular jailbreak effort — Auxo. You’ll find reimagined Auxo app previews, redesigned music controls, and even a fresh new skin on top of the tweak’s Flipswitch toggles. Needless to say, Auxo users will be delighted by what they find.

As a bit of a bonus, there are two additional theme sections included in WinterBoard for Aplo users. The extras, dubbed “xtra” in WinterBoard, allow you to remove some of the tint from the Home and Lock screen wallpaper, along with the ability to reestablish app icon labels if you’re not someone who digs the label free look. Personally speaking, I recommend omitting the use of the extra features, as it takes some of the integrity away from the designer’s minimalistic vision. 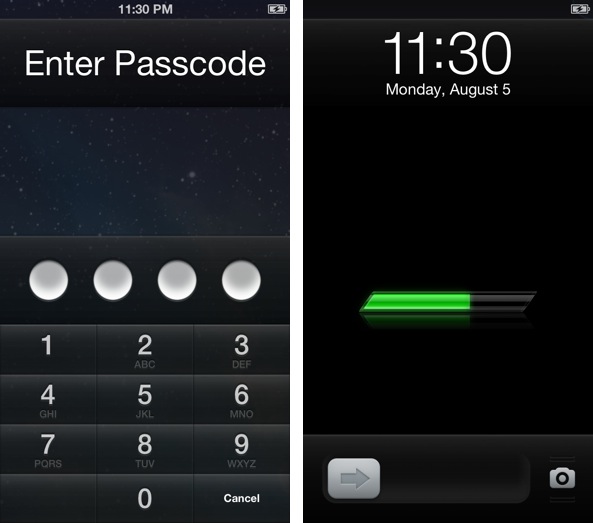 Aplo is a testament to the fact that, if done correctly, themes can truly enhance the iOS experience instead of take away from it. In Aplo’s case, this couldn’t ring more true.

If you’re interested in taking Aplo for a test drive, you can find it for $1.49 on Cydia’s BigBoss repo. Have a look at it, and tell us what you think about it in the comments. Is this the best jailbreak theme you’ve ever seen, does it rank in your top 5, or are you, perhaps, disappointed by what you see? Sound off in the comments below.