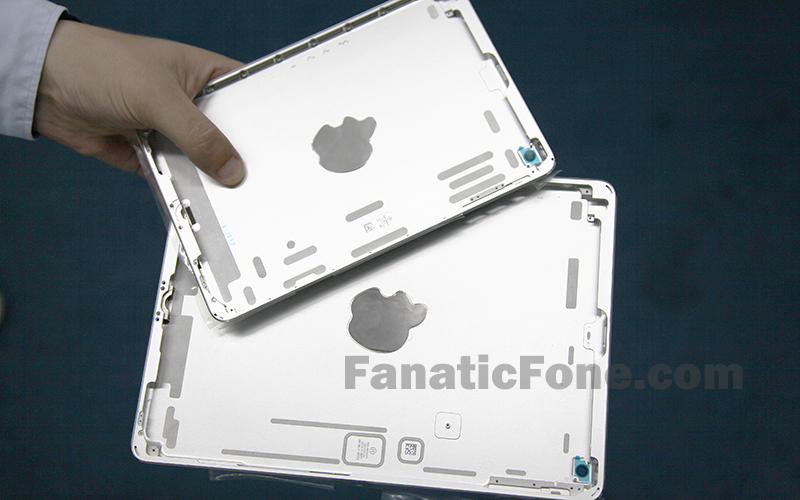 Yesterday, we passed along a set of images depicting a backplate part the rumor-mill adamantly insists to be the rear case of Apple’s upcoming fifth-generation full-size iPad. The same publication which provided those high-quality shots is back at it again, having published on Friday another batch of photographs, this time around showing off a smaller backplate in silver and made from aluminum, ostensibly for the upcoming second-generation iPad mini…

The purported images of the rear housing of the iPad mini 2 have been shared by FanaticFone. This is what the backplate looks like. 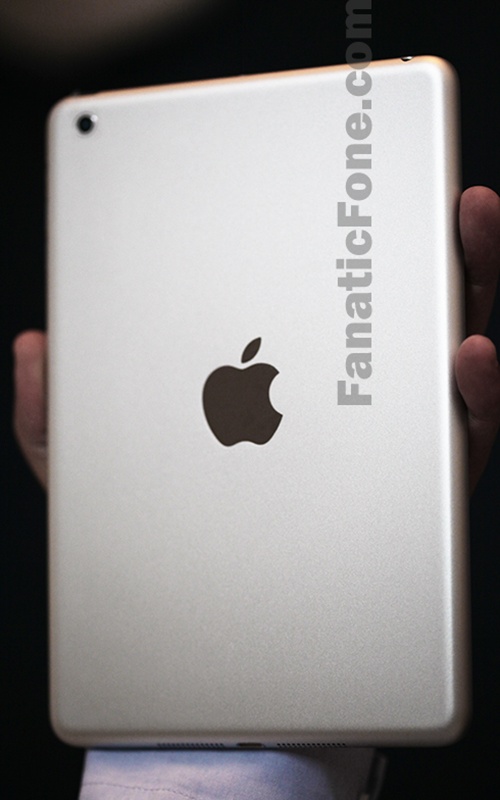 The iSight camera hole, the headphone jack and the orientation of the Apple logo (above) are seemingly intact compared to the current-generation iPad mini (below).

The biggest takeaway here is that both yesterday’s iPad 5 backplate and today’s “leaked” iPad mini 2 rear case apparently have the Apple logo actually molded into the housing rather than being printed on the cover, like on the original iPad. 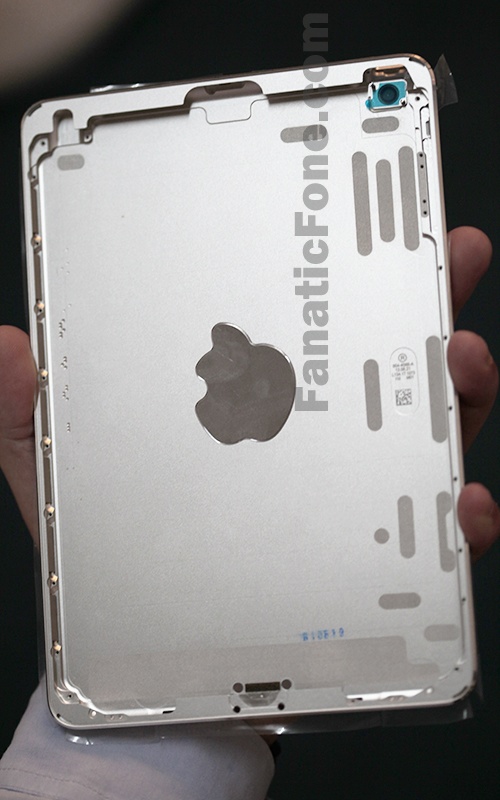 Because the ‘iPad mini’ name is nowhere to be found on these images, the publication couldn’t tell for sure whether these images represent one of the prototypes of the final version or the genuine part.

Either way, the fact we’ve lately being treated to high-resolution images of a bunch of ostenisbly genuine next-gen iPad parts is a tell-tale sign that production is picking up steam, meaning the launch could be just a few weeks away (hint: blockbuster Fall).