Micron Technology on Thursday informed investors it has completed its $2 billion acquisition of Elpida Memory, the third-largest maker of dynamic random access memory chips (DRAM) and an important Apple supplier. The rumored move was expected given Elpida’s been struggling for some time amid heightening competition with SK Hynix and Samsung.

The struggling Japanese chip maker last summer filed for bankruptcy and has since been in talks to sell its business to U.S.-based Micron Technology Corp. Apple placed a huge order with Elpida ahead of the iPhone 5 production, indicating desire to maintain its bargaining power by keeping the memory maker running.

The deal will boost Micron’s current manufacturing capacity by 45 percent, turning it into the second-largest memory company in the world.

In addition to capacity, we’re also gaining advanced technology and IP, R&D economies of scale, synergies in technical roadmaps, and the talent and expertise of the Elpida and Rexchip team members.

Whereas Elpida has built a strong presence in mobile DRAM products for smartphones and tablets, Micron is the leader in enterprise DRAM solutions for networking and servers, though it also owns a wide product portfolio in NAND flash memory and NOR.

iSuppli forecast that mobile DRAM’s proportion in the DRAM market will increase from 34 percent this year to 41 percent in 2014 and 43 percent in 2015.

The development is newsworthy as Elpida is Apple’s major supplier of memory chips.

A year ago, Reuters reported Apple had booked half the output of Elpida’s twelve-inch plant in Hiroshima, Japan. The iPhone 5’s A6 chip, for instance, uses 1GB of RAM by Elpida, a detailed chip analysis has revealed. 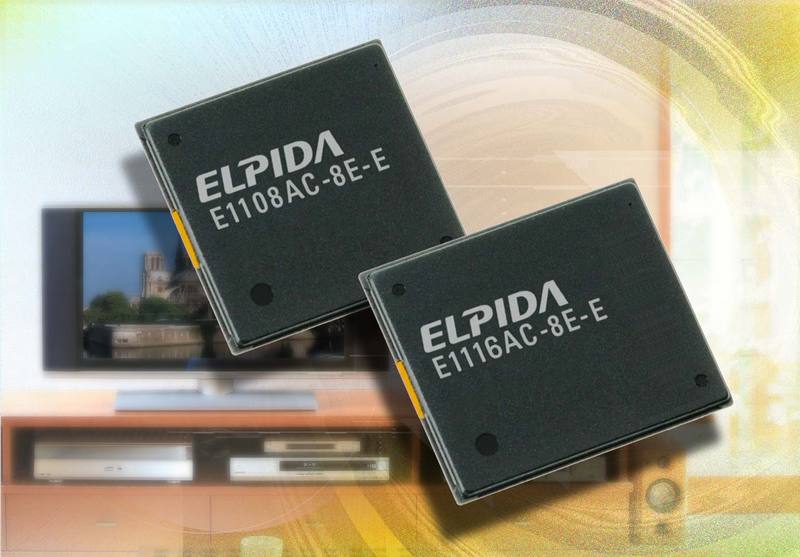 According to DRAMeXchange, Samsung ended the first quarter of 2012 with a commanding 70.9 percent share of global mobile DRAM market, followed by #2 SK Hynix (fifteen percent share) and #3 Elpida (8.8 percent share).

DigiTimes last September claimed Apple had “reduced its orders with Samsung and raised the proportion of purchases from other suppliers including SK Hynix, Toshiba and Elpida Memory”. The rumor wiped out ten billion dollars from Samsung’s market value.

The same publication in May 2012 claimed Apple secured half the manufacturing output from Elpida. Samsung was quick to kinda deny the report, saying “Apple is definitely using the chips” in an effort to soothe market concerns over the impact on the Apple-Elpida tie-up.

However, Samsung’s name was dropped from Apple’s list of DRAM and NAND memory chip suppliers. The iPhone maker has been distancing itself from the South Korean enemy for some time now so I’m not surprised Tim Cook & Co. are now sourcing memory chips for Apple gadgets from Toshiba Corp, Elpida Memory and SK Hynix.