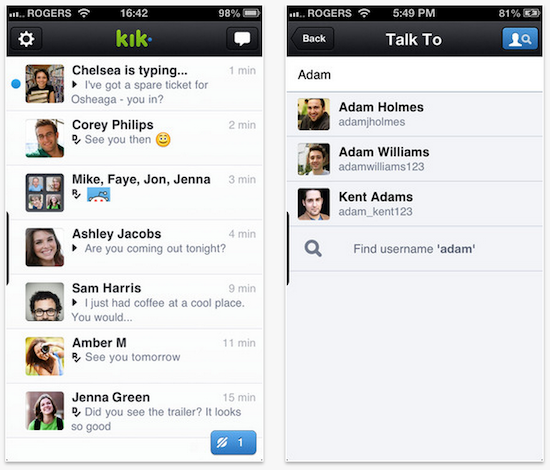 Kik users will be happy to hear that a major update for the iOS client has posted to the App Store this morning. The update, which brings the popular messaging app to version 6.5, hops on the recent stickers trend, adds third-party games, and more.

The stickers in Kik 6.5 work just like you’d expect them to—you can embed the emoticon-like images into any of your conversations. And as far as the third-party game offerings go, launch titles include new releases by both Zynga and TreSensa…

• Say more with Stickers!
• New games by Zynga and TreSensa available in More
• Option to talk to new people without adding them to your contacts
• Performance improvements

Kik has offered its own in-app games for a while now, but this is the first time that it has opened its platform up to other developers. The Zynga title included is a puzzle game called One Word, and it looks like the TreSensa game will be ‘coming soon.’

As for the stickers, there’s not a whole lot to say about them. They are definitely a popular item right now, as Path has noted that it has seen notable financial gain since adding them. Kik includes a handful of starter stickers, and sells packs for about $2.

The Kik messaging service is cross-platform—meaning it’s available on a wide range of devices, and is very popular, with more than 50 million users worldwide. If you’re not one of them, and would like to be, you can find the app in the App Store for free.