Nearly three years after it was first announced, Isis is finally set to debut on the national stage. Bloomberg is reporting this morning that the carrier-backed mobile payment service will see a nationwide rollout this year.

For those unfamiliar with Isis, it’s a joint venture between AT&T, T-Mobile, and Verizon, looking to change the way consumers pay for things using NFC and other tech. And after 9 months in testing, it’s ready for launch… 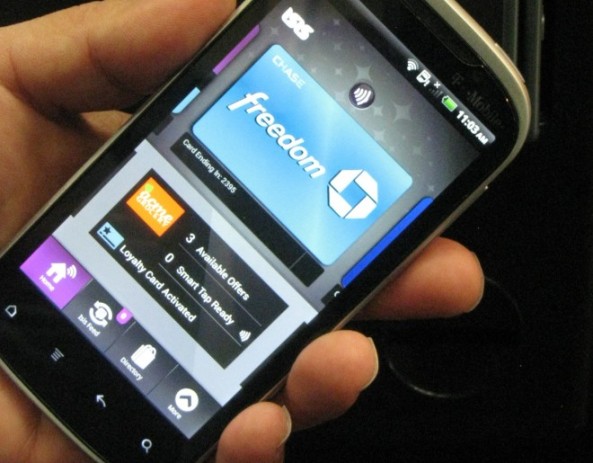 “The service, which lets users make purchases by tapping their phones, will work on Apple Inc.’s (AAPL) iPhones as well as Microsoft Corp.’s Windows Phone and BlackBerry Ltd.’s newest smartphones, Isis said in a statement. It will continue to work with some devices powered by Google Inc.’s Android software…

“What you’ll see coming from us is a vastly improved product, a variety of new places to use it, a vastly improved user experience,” Ryan Hughes, chief marketing officer at New York-based Isis, said in an interview.”

Up until now, Isis has been testing its technology in more than 4,000 locations between Austin, Texas and Salt Lake City, Utah. In the trials, the company says that users “tapped their phones” an average 10+ times per month.

Mobile payments is believed to be a $110 billion business, but it has proven thus far difficult to break into. The market right now is terribly convoluted, with offerings from Google, Square, Visa, PayPal and several startups.

And it’s long been thought that the secret to mobile payment success is availability. For users to buy into a service, they have to feel confident that it will be available everywhere. And with dozens of options, that’s just not possible.

Perhaps that’s why Apple has thus far decided to stay out of the area, opting for a wait-and-see approach. Its Passbook offering is little more than a digital wallet at this point, but it has all of the necessary resources to expand it.

And that’s pretty much all we, as consumers, can do at this point, is wait and see. There’s no clear market leader in mobile payments, or even a standard wireless tech for it. It’ll be interesting to watch how Isis’ does later this year.

What do you think of Isis?