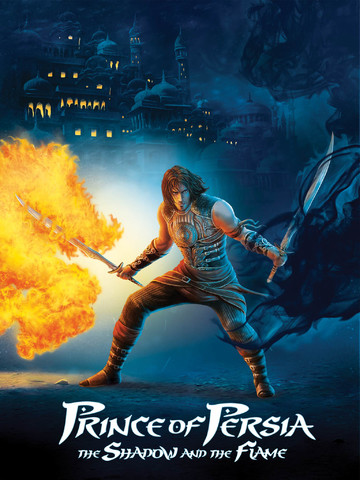 The new iPhone, iPad and iPod touch game has already scored some raving reviews from the specialized press and is highly recommended to gamers who are in the market for an action adventure with console-grade graphics, interesting storyline and challenging puzzles.

It should be an impulse purchase for fans of the Prince of Persia franchise like myself. Your download link and launch trailer are right after the break…

Prince of Persia: The Shadow and the Flame continues the age old saga of a wanderer who was born a Prince. It’s being billed as a pick up and play adaptation of the 1993 Prince of Persia classic so you pretty much know what to expect: lots of running, climbing, swinging, vaulting and jumping from rooftop to rooftop.

In total, fourteen levels are scattered across five distinct environments.

As we mentioned before, the game offers the choice between dynamic gesture-based touch controls or the more precise tap-to-move system. 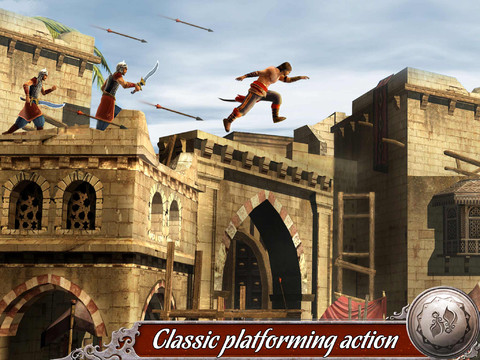 That’s some epic graphics, if you ask me. 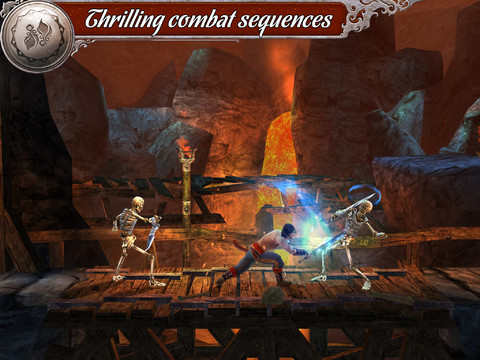 To learn more, hop over to the official website.

148Apps called it an “incredibly solid action/adventure, one that’s pretty, fairly expansive, time-consuming, and feels right at home on iOS”.

TouchArcade summed up in its review:

Shadow and the Flame is a Prince of Persia game in every way that counts: You solve puzzles by pulling off death-defying gymnastics using controls that leap to attention at the slightest touch of your finger, and you have lots of fun doing it.

Ubisoft dared to leave the rose-tinted glasses at home and made bold changes that prove the Prince of Persia license has lots of life left in it yet.

Prince of Persia: The Shadow and the Flame for the iPhone, iPod touch and iPad is a three-buck download from the App Store. Our Android friends can grab the game via Google’s Play store or Amazon’s Appstore for Android.

Although it offers purchasable virtual coins to advance your character, you can complete the game without spending extra cash, if web reviews are anything to go by.