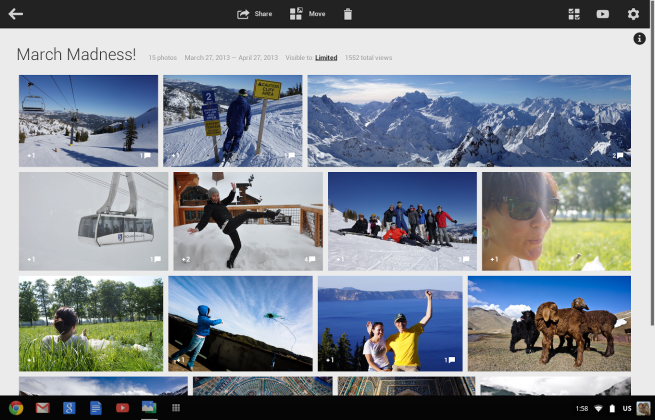 Despite its pedestrian and overly geeky interface, I still find myself using Google’s Picasa Mac app to geotag my photos, find duplicates and organize image files in folders prior to importing the images into iPhoto. Picasa may not win any beauty contest, but it sure is lightning fast and gets the job done.

Now, once Google retired Picasa Web Albums and doubled-down on Google+ Photos, I could tell the desktop Picasa software was heading to the technology graveyard. But some good will come out of this: according to a Google-focused blog, the Internet giant may be replacing Picasa soon with an upcoming desktop Google+ Photos app for Mac, Windows and Linux…

The Google Operating System blog spotted an interesting passage in a non-English description of the recently released Google+ Photos app on the Chrome Web Store:

Google+ Photos will currently instantly upload all .jpg files from the default pictures folder on your computer every time it is run. These directories include:

This totally makes sense to me.

Google has only been releasing maintenance updates to the desktop Picasa app so it clearly won’t be maintained for long. And with the Google+ push and the excellent photo-editing and captioning capabilities on Google+ Photos, I’d imagine a native desktop app would indeed be on its way shortly.

What do you think Apple’s response will be?