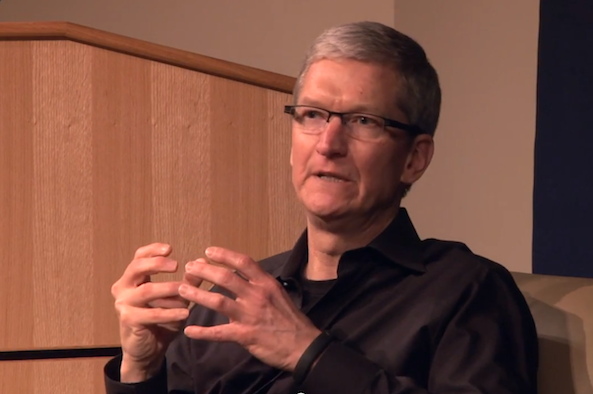 Tuesday’s announcement by Apple that it sold more devices but with less profit during the June quarter seems to have reset investor expectations about the tech giant. The key to Apple introducing new products going forward now appears to be the ability to sustain Wall Street confidence that CEO Tim Cook can continue steering the ship effectively without the hand of late co-founder Steve Jobs.

Although overall quarterly revenue of $35.4 billion topped the consensus of $35 billion, profit fell 22 percent to $6.9 billion. As a result, Cook tried to reassure investors, announcing Apple was “laser-focused and working hard on some amazing new products” set for the fall and 2014…

While much talk has gone into the need for Apple to introduce a mid-tier iPhone to compete with Android devices in the sub-$300 range, Cook argued his company already offers the iPhone 4, which along with the iPhone 4S accounts for about half of all iPhone sales, according to a recent report.

Indeed, one analyst advises Apple to remain “the Cadillac of smartphones,” with roughly a third of the market share, but a majority of the profits. 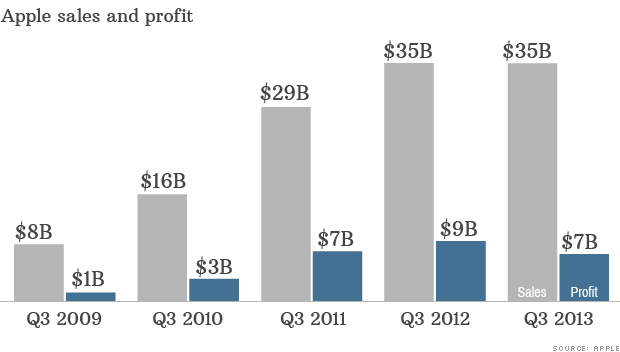 While June quarter was a surprising comeback for Apple, it was largely due to topping rather low Street expectations. On top of selling 31.2 million iPhones, a record for the June quarter (26 million in the year-ago quarter), the firm also announced $18.8 billion in stock buybacks, double the amount forecasted.

The company provided the following guidance for its fiscal 2013 fourth quarter:

Although demand for smartphones is slowing and tablet owners pass on upgrading their gadget until the next iPad, there are some measures Apple can quickly take to goose investor excitement.

Most perplexing, however, is how Apple will wean investors away from expectations of triple-digit growth and high gross margins. Making matters worse Apple’s gross margin in the June quarter dropped to 36.9 percent, down from 42.8 percent a year ago, while international sales accounted for 57 percent of the quarter’s revenue.

The most obvious tactic would be other good news, such as a landmark deal with China Mobile to improve flagging sales in the Asian giant, or more efforts to grab market share in the nascent smartphone nation of India (and the rest of BRIC markets).