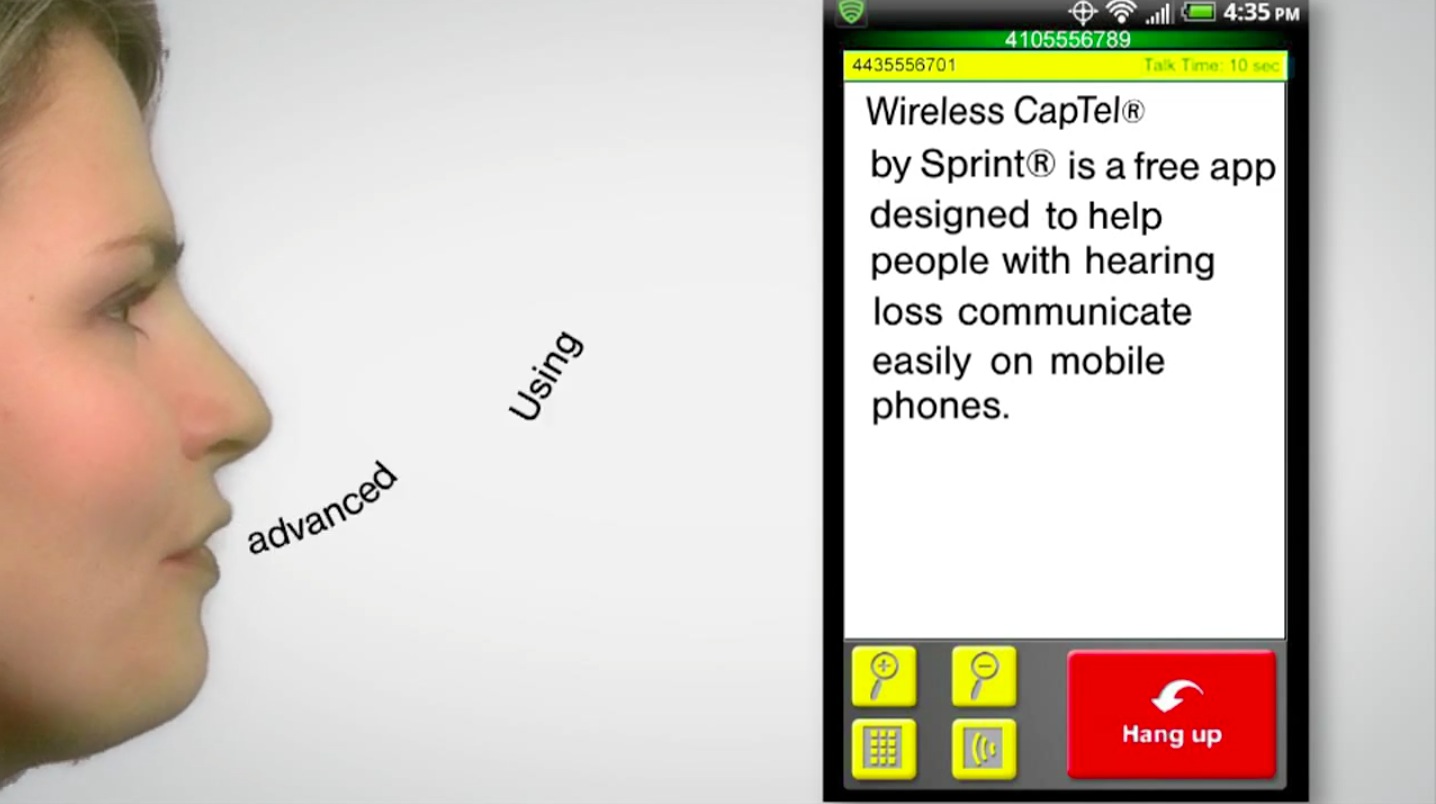 Wireless CapTel, Sprint’s nationwide caption-calling service for the hearing impaired, is now available to owners of Apple’s iOS devices. America’s third-largest wireless carrier announced Tuesday that owners of the iPhone, iPod touch and iPad devices who have a hearing loss can download a brand new iOS app, free to users on an Everything Data plan (voice-only plans are not supported).

As the software taps the power of the cloud, a network connectivity is a must. The app lets you speak and listen to your caller while at the same time read everything the other person says, right on your iDevice’s screen…

Specially trained agents use an enhanced voice recognition technology to caption your calls. All calls are kept secure and confidential. Captions are provided 24 hours a day, 7 days a week in English, and from 7am to 11pm Central Time, 7 days a week in Spanish.

Unlike traditional relay services, with CapTel the caller never has to speak to a relay operator. The service is only available to folks who have a hearing loss.

On first run, you’ll be asked to sign up for the service. After registering, the app will get you a CapTel phone number (different from your device phone number) to use and receive captioned calls through the app. 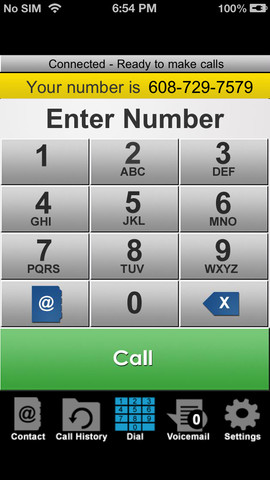 When people call your CapTel number, or vice versa, the call will get routed to the iOS app. Therefore, it must be running to receive the call or otherwise the call will get forwarded to voicemail. CapTel will store your (captioned) voicemail for up to 30 days after the message is left.

Check out a video tour.

Sprint’s FAQ provides an insight into the magic behind CapTel:

Specially trained agents use an enhanced voice recognition technology to caption your calls. All calls are kept secure and confidential. Captions are provided 24 hours a day, 7 days a week in English, and from 7am to 11pm Central Time, 7 days a week in Spanish.

The U.S.-only app (international are either blocked or terminated) features integrated contact list, call history, font size and color modifications, built-in voicemail and more. It supports hands-free devices like headsets and Bluetooth devices, but strangely enough does not allow use of the speakerphone.

Available for some time on select Android devices (the HTC Evo 4G, LG Optimus G, Samsung Galaxy SIII and others), the Wireless CapTel app is now live on the App Store.