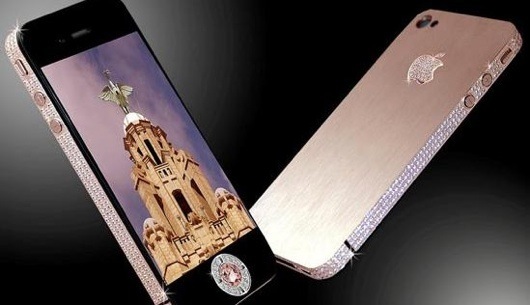 Welcome to the commoditization of smartphones, or the Emachining of the iPhone. As the handsets move from only the hands of first-adopters to something even your grandma owns, prices are plummeting. It is to the point where one analyst declares the end of the high-end smartphone gold rush.

The average price of a smartphone has fallen nearly $100 in the past year as consumers dismiss talk of 4G and other technical debates, concentrating on just one question: is it good enough and within reach of their wallet…

“The market is becoming less about speeds and feeds, and more about price,” IDC analyst Kevin Restivo told Bloomberg. “More people don’t need to be overwhelmed by a phone, so long as it’s good enough.”  The average smartphone price has falled to $375 from $450 since the start of 2012, according to the research firm.

As a result of demand for inexpensive smartphones, Apple has seen its gross margin shift away from the luxurious 60 percent for the iPhone 5 to smaller margins which come with the older iPhone 4 and iPhone 4S, both quite popular with price-sensitive buyers.

Indeed, a lower gross margin has been instituted with the lower-cost iPad mini. While the lower prices make Apple products popular, it sends concern through investors and opens the door for Chinese suppliers, accustom to creating products with razor-thin profits.

And as the iPhone – arguably Apple’s most profitable product – has matured, the firm’s operating margin took a hit, going from the 39 percent peak in the fourth quarter of 2011 down to 30 percent in the first quarter of 2013.

“The days of great growth in the high-end of the market are gone,” ABI Research analyst Michael Morgan tells Bloomberg. As a result, Apple’s share prices fell 39 percent from a September record as Wall Street observers wondered whether the company had lost its mojo.

Along similar lines, in June, Samsung saw $25 billion in market capitalization drain away amid reduced expectations on demand for the new Galaxy S4 handset.

The current downward path of smartphone prices mirrors that of PCs in the late 1990s. Until the Internet became commercially viable, the only people wanting PCs in their homes were geeks looking to tweak their spreadsheets.

However, when everyone discovered this Internet thing and just how much fun it was, people wanted PCs, and all the bells-and-whistles be damned. Low-price PC makers such as Emachines and others drove prices to where companies such as Compaq and IBM either were bought out or exited the computer business altogether.

With the same plot line playing out with smartphones, we are hearing more talk of wearable computing, ways of extending profitability and keeping Wall Street interested. At the same time, smartphone makers such as Apple, are turning their attention toward China and India where there remains a huge demand for smartphones under $200.

Of course, all of this discussion about the end of high-end comes as Apple prepares to release its quarterly financial figures tomorrow.