As we’ve heard a few times over the past month, Apple and Time Warner Cable appear to be very close to inking a deal that would bring a TWC app to the Apple TV’s Home screen. It would mark the first time that the set-top box would be capable of streaming live TV.

Initial details regarding the service have been scarce, but a new report this morning helps add a bit of color. Citing people familiar with the matter, Bloomberg warns users not to get too excited, as the TWC app will save them little more than a click of the remote…

“So Apple die-hards may be disappointed with the deal the company is close to reaching with Time Warner Cable (TWC). It saves little more than a click of the remote, according to two people familiar with the negotiations who aren’t authorized to discuss them…

While the deal would add a Time Warner app, that just means viewers won’t have to switch from Apple TV back to their cable box: They’d still need to subscribe to Time Warner Cable and wait around for a technician to install it.”

That’s a far cry from what users have been hoping for as they read iTV rumor after iTV rumor, and a far cry from Apple’s SVP of Internet software and service Eddy Cue’s vision of a master menu of network TV apps, on-demand shows, and live news and sports channels.

Rumors of Apple building its own TV subscription service have circulated for years, and have typically been coupled with reports of stymied negotiations with content providers. Understandably, cable companies and movie studios alike are reluctant to let Apple into their space.

So for the most part, Apple has had to give up on its dreams of revolutionizing the model of TV delivery and settle for incorporating cable-subscriber-only apps such as HBO Go, WatchESPN and CW into its Apple TV menu. And it’s settling again with this Time Warner deal. 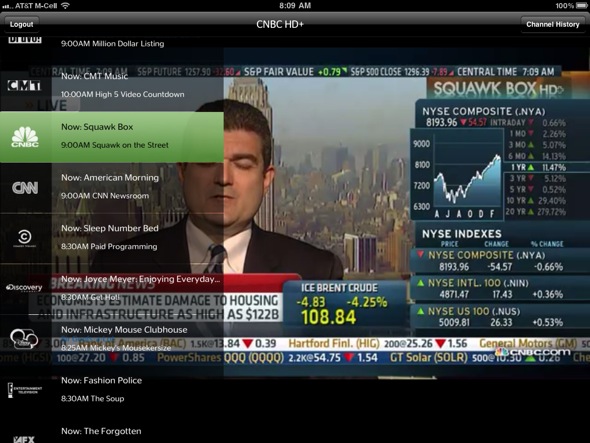 There’s still a glimmer of hope though:

“Cue is still talking with at least one other major U.S. cable provider about such a plan, which could replace a conventional cable hookup, says a person familiar with his thinking who wasn’t authorized to discuss it. (Apple’s also developing ad-skipping technology, a tough sell for programmers.) Cue’s plan would extend Apple’s reach into the living room, giving it control of another screen and boosting what Cook calls its “halo effect”—encouraging users to purchase other interconnected Apple products.”

Cross your fingers Cue pulls it off. Because until Apple can gain more control of TV programming, cool products like the iTV—which is rumored to feature a 50-inch+ Ultra HD 4K display and game-changing, iPad-run remote—aren’t ever going to be seen outside of Apple’s labs.