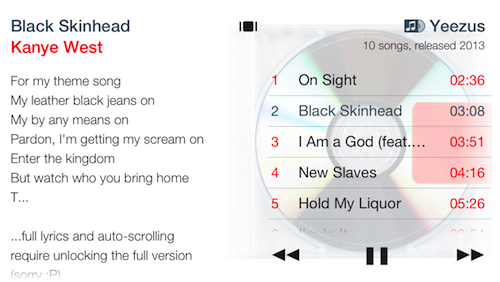 Earlier this year, developer Eric Castro previewed a gorgeous-looking jailbreak tweak called LyricFlow. The utility is essentially a standalone music player, though it can be integrated into the stock Music app, that offers up a number of features.

As the name suggests, LyricFlow provides the lyrics to your favorite songs—that’s the main focus of the tweak. But it also enables you to browse through your music in several interesting ways, like spinning through your albums on a carousel… 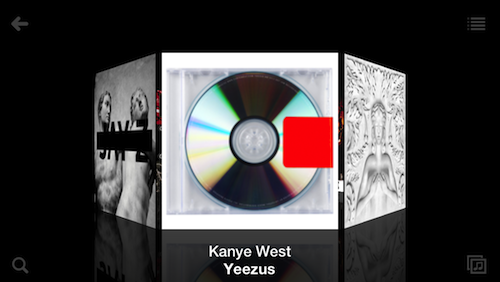 From Castro’s original announcement (via iFans):

“Here is a demo video of an upcoming Cydia tweak I’ve been working on, LyricFlow. It’s an iTunes 11 inspired CoverFlow replacement, with song lyrics.

And here’s the demo video he mentioned:

I’ve been playing with the tweak all afternoon, and I have to say it’s pretty solid. Scrolling through albums is much more fluid than it shows on the video (Castro said this was a limit of display recorder), and the number of cover flow options is impressive.

As for the main function of the tweak, it works as advertised. Admittedly, the albums I have right now are of the more popular, mainstream variety. But out of the 10 or 15 songs I tested, LyricFlow was able to pull up accurate lyrics for every single one.

The tweak isn’t available for purchase yet, but if you’d like to try it out for yourself, just add beta.lyricflow.com/repo to your Cydia sources. The beta has some limitations, like it doesn’t include full song lyrics, but I think it’s still worth playing around with.

Have you tried LyricFlow yet? Thoughts?